A newly-published paper by Martyn Obbard and colleagues in the journal Arctic Science claims a 17% decline in abundance of polar bears in the Southern Hudson Bay region after years of reduced sea ice and declining body condition (Obbard et al. 2018). The decline in numbers was not statistically significant but an additional statistical analysis (“Monte Carlo simulation”) not applied to any other estimate in recent years suggested the decline could be real, so a real decline is what was reported to the press. 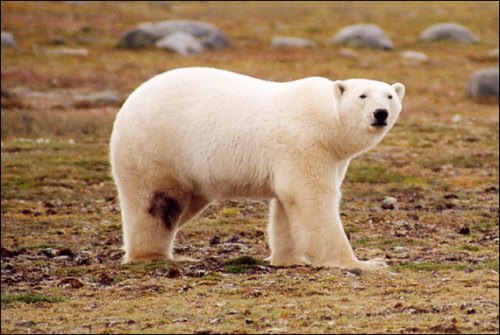 Only one Canadian Press story has so far been circulated amongst outlets in the media (published hours after the paper appeared online, not at the same time), suggesting there was no press release issued for this study. Odd, that — especially if the decline is as real and significant as the authors suggest.

While no evidence was provided for a correlation of this decline in numbers to recent (2012-2016) sea ice decline, previous evidence from the region (Obbard et al. 2016) showed a decline in body condition was correlated only with much later than usual freeze-up, a situation that did not occur from 2012 to 2015 (freeze-up was late in the fall of 2016 but occurred months after the Obbard et al. (2018) survey was completed).

Moreover, the paper reports that a decline in survival of yearling cubs (from 12% of the population in 2011 to 5% in 2016) was not associated with especially poor sea ice conditions in spring. We are likely to see a follow-up paper next year reporting the body condition and sea ice data from this study (as for the previous survey: Obbard et al. 2015, 2016), but there is no suggestion in this paper that body condition declined further from 2011/2012 levels or that sea ice conditions deteriorated markedly enough after 2012 to precipitate a population decline.