Posted on May 14, 2014 | Comments Off on Climate bullying echoes the expulsion of Mitch Taylor from Polar Bear Specialist Group 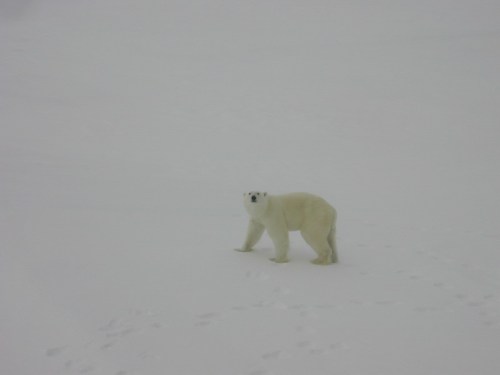 Swedish meteorologist Lennart Bengtsson today declared his resignation from the Academic Advisory Board of the Global Warming Policy Foundation (GWPF), which he joined only three weeks ago, because of bullying by his colleagues. His email letter reads, in part:

“I had not expecting such an enormous world-wide pressure put at me from a community that I have been close to all my active life. Colleagues are withdrawing their support, other colleagues are withdrawing from joint authorship etc. I see no limit and end to what will happen. It is a situation that reminds me about the time of McCarthy. I would never have expecting anything similar in such an original peaceful community as meteorology.”

See WUWT for the email in its entirety, GWPF response, and other reactions (and more here).

Absolutely shameful. Alas, the reprehensible behaviour displayed by Bengtsson’s colleagues also goes on within the polar bear research community: those that refuse to parrot the “consensus” are quickly punished.

Remember Mitch Taylor and his expulsion in 2009 from the IUCN Polar Bear Specialist Group? His “crime” was objecting to the PBSG using weak evidence about future threats of global warming to have the conservation status of polar bears changed to ‘threatened’ even though populations were currently healthy. Details below for those who don’t know the story, or have forgotten.