Posted on March 30, 2015 | Comments Off on US biologists used same flawed models for listing walrus and polar bears as ‘threatened’

More bad science: US biologists successfully used a scientifically flawed model to get polar bears listed as ‘threatened’ and thus emboldened, went on to do the same for walrus. 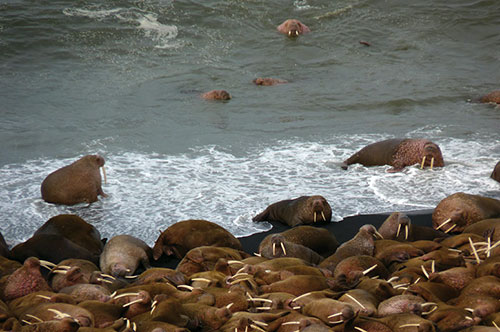 The intricate US Geological Survey model of ‘expert opinion’ that was used to support the listing of polar bears as ‘threatened’ under the US Endangered Species Act (ESA) has been soundly rejected by the world’s leading conservation organization, the IUCN,1 which has has tightened its rules for using “future conditions” (e.g., effects of global warming) in generating Red List assessments. That IUCN condemnation means the USGS model was never “the best available science” for evaluating the status of polar bears  ̶  it was (and still is) substandard, inadequate science that makes a mockery of serious conservation efforts.

However, not only has this flawed model continued to be used by the USGS for polar bears, it has also been used to assess the conservation status of Pacific walrus, which are now officially “candidates” for being listed as ‘threatened’ (US Fish and Wildlife Service 2011).2