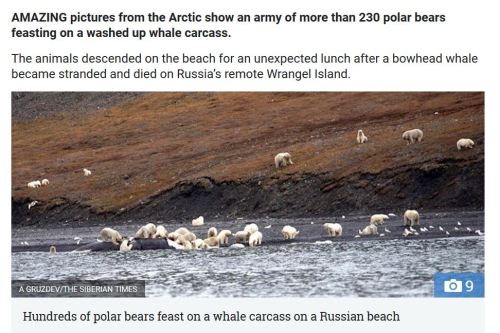 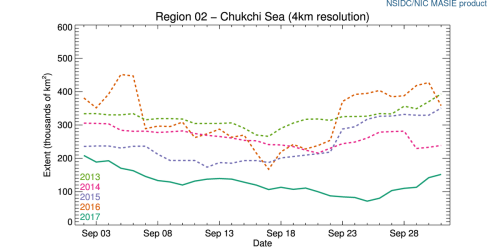 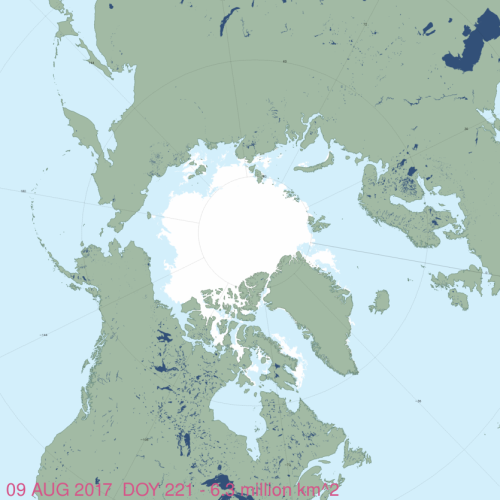 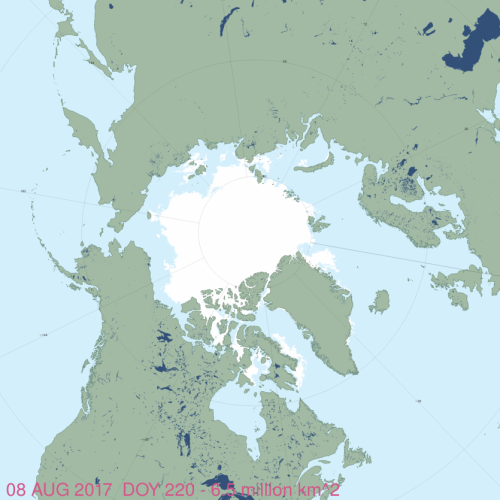 Sea ice is not likely to return to Wrangel Island until sometime in November (see below), which means the polar bears that seek refuge on the island when the sea ice melts back in summer face an extended on-shore period just like polar bears routinely do in Hudson Bay, Davis Strait, and Baffin Bay.

Because polar bears usually eat little to nothing during the summer, this period of fasting is entirely normal and an event most of the bears are well equipped to endure (as long as they were able to consume lots of seals in the spring). 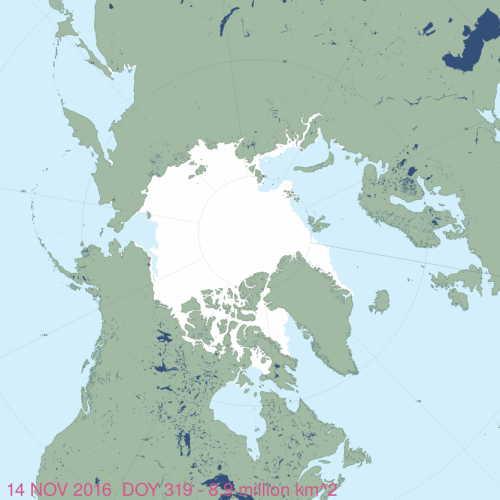 Wrangel Island is the primary denning area for the Chukchi Sea subpopulation.

Current position of the sea ice (30 September 2017), so it may take only 3-4 weeks before the sea ice returns and polar bears can resume hunting seals: