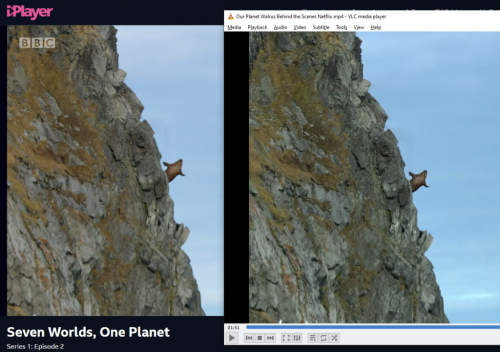 Few of the reporters who covered this story bothered to investigate further despite the evidence provided by myself and others that polar bears and drones were the likely triggers for these deaths: they simply took Attenborough and the film crew at their word.

Netflix director Sophie Lanfear and cameraman Jamie McPherson insisted there were no polar bears in the vicinity at the time they shot their film footage but this was clearly not the case. They knew that bears were involved because they filmed them menacing the walrus!

It is now evident that McPherson filmed the 20 or so polar bears stalking walrus at the top of the Ryrkaypiy cliff and driving them over the edge for the BBC episode only a few days prior to filming a few walrus falling with no bears present on the cliff top for the Netflix film in September 2017. The bears were close enough when the Netflix sequence was filmed to converge immediately on the rookery to feed on carcasses once the walrus herd left the beach.

Fat, healthy polar bears (not desperately hungry ones) were indeed involved in these walrus deaths and so were drones. Lack of sea ice was not a significant factor.