Posted on March 20, 2013 | Comments Off on Polar bear distribution shows they are limited by winter ice extent

I’ve said it before but it’s worth saying again now that the sea ice in the Arctic is approaching its seasonal maximum extent and thickness: polar bears are limited by winter sea ice extent (Fig.1), not by the minimum extent of ice in the summer. Otherwise, their distribution would resemble the summer sea ice minimum (Fig. 2), not the winter maximum.

Despite the hue and cry about “declining sea ice,” polar bears are still as well distributed throughout their available winter habitat as they were in 1979, when detailed sea ice records began – see the map below. See further details on polar bear distribution here.

Figure 1. Polar bear distribution map (adapted from the one provided by the PBSG) compared to sea ice concentration at Feb 28 (at or near the seasonal maximum extent) 1979 and 2013. I can’t see a difference – can you see a difference? The only place there is consistently sea ice in winter but not polar bears is the Sea of Okhotsk, but there is no evidence that polar bears have ever lived there despite the presence of seals. Click to enlarge 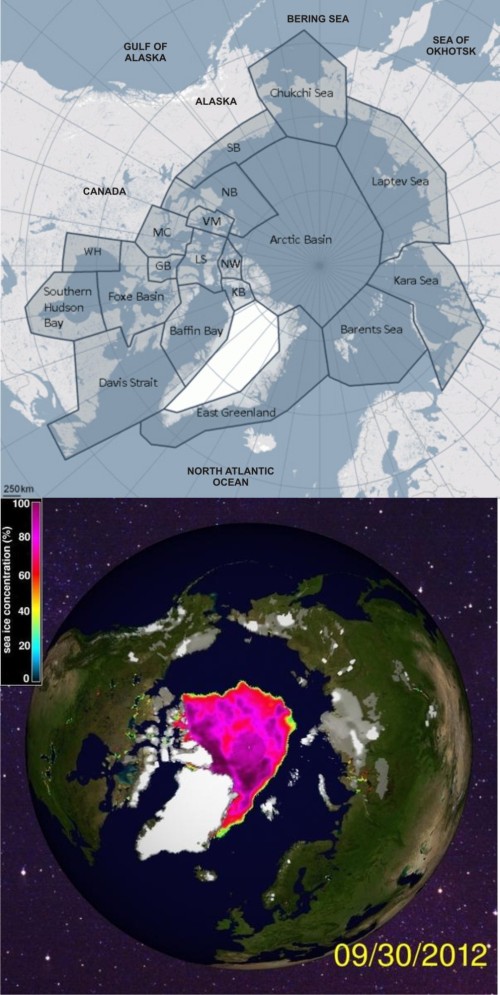 Figure 2. Polar bear distribution map (adapted from the one provided by the PBSG) compared to sea ice concentration at September 30, 2012 (at the seasonal minimum extent). Can you see the difference? Click to enlarge

The only place that doesn’t seem to have had quite as much sea ice in the winter in recent years as it did 30-odd years ago (Fig. 1) is the south coast of Labrador and Newfoundland, down through the mouth of the St. Lawrence River on the east coast of North America, at the southern range. However, even in recent years polar bears have managed to visit these areas, including this year: