Posted on May 4, 2019 | Comments Off on Stop lying to children about dying polar bears as a way to achieve action on climate change

The heartbreaking story of dying polar bears, told for more than a decade now, was meant to get kids on board the global warming action train. It worked a treat – except that it was never true. The lie gave sensitive children nightmares and turned others into political activists full of groundless outrage who now pointlessly rant in the streets. 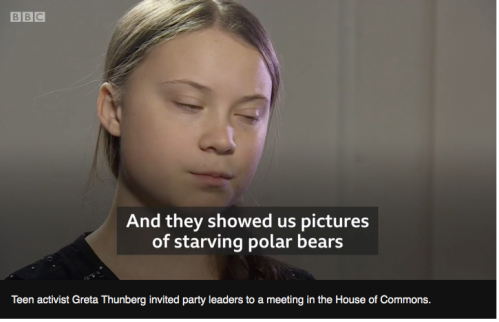 As the established icon of climate change and Arctic habitats, polar bears have been given centre stage in the climate change narrative presented to young children and their teachers. But the distressing tale of polar bears on the brink of extinction – dying for our fossil fuel sins – was never true, as I show in point form below. Polar bear lies form the foundation of the baseless political activism of Greta Thunberg that other youngsters have since emulated.

Here are some of the false ‘facts’ children have been taught: