Posted on July 12, 2017 | Comments Off on Polar bear attacks are extremely rare says new study — but the data are incomplete

I did considerable research on polar bear attacks for my thriller of a novel EATEN — which many readers are finding a welcome change from the numbers-and-statistics approach of science — and I have to say that a recently published scientific summary of this phenomenon (1880-2014) authored by biologist James Wilder and colleagues left me speechless (Wilder et al. 2017). 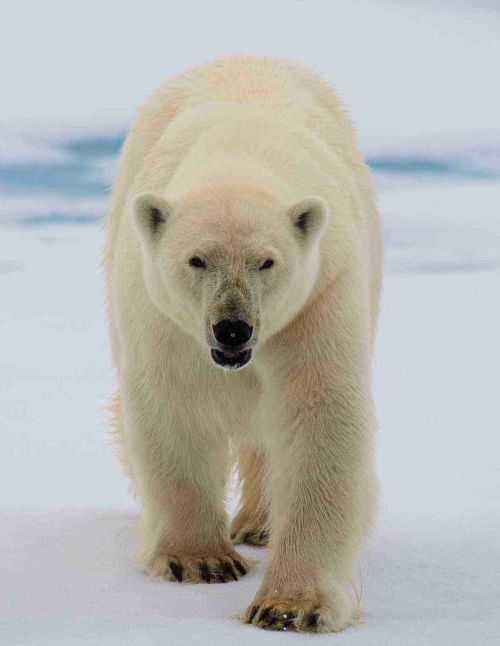 By attempting to generate information that could be assessed with statistical methods, the authors ended up with data that is so skewed and incomplete that it fails to provide a plausible assessment of the risk to humans of attacks by polar bears. In my opinion, acknowledging that well-reported attacks on Europeans (or recorded by them) make up the bulk of the data used in the paper does not adequately address the weakness of the authors’ conclusions that attacks by polar bears are “extremely rare.”

The paper also focuses much attention on the potential for increases in polar bear attacks on humans due to sea ice loss (blamed on global warming) but ignores totally the increased risk stemming from the larger proportion of adult males that now exist in protected populations. Adult males frequently steal the kills of younger bears and in recovering (i.e. growing) populations, relatively more adult males potentially generate more young males that are nutritionally stressed and at risk of attacking humans (see discussion below).

Finally, no supplementary data is provided to show which records of attacks were included in the study, and no information is provided about how to access the database. How is that possible in this day and age?

Much is made in the paper of the negative effect of polar bear attacks on conservation objectives and the perceived increase in attacks associated with recent sea ice loss. These points were picked up by activist organization Polar Bears International (“Save Our Sea Ice!“) in a press release issued yesterday (11 July, pdf here). This has already generated the desired media attention (here and here, likely more to follow, like this) which is predictably focused on predictions of more polar bear attacks on humans due to global warming.

I have a feeling Inuit and other native inhabitants of the Arctic will not be impressed.