Posted on July 22, 2014 | Comments Off on Low genetic diversity will not make polar bears more vulnerable to extinction

You’ve probably heard the argument: animal populations that have been through a major decline in numbers often have such low genetic diversity that they are extremely vulnerable to subsequent extinction. 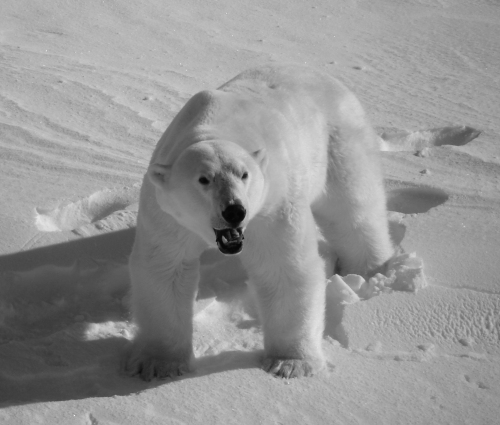 In an interview in late March regarding a new genetic paper on polar bear evolution (by Matt Cronin and colleagues), polar bear biologist and Polar Bears International spokesperson Steve Amstrup made a ridiculous statement: that polar bears have never experienced a rate of warming like they’ve seen over the last 30 years. I countered that easily here.

In that same interview about the Cronin et al. paper, fellow geneticist Charlotte Lindqvist offered an outdated argument against future polar bear survival that is as easy to refute as Amstrup’s “unprecedented rate of warming” nonsense.

I didn’t have time to deal with it back in April [where has the time gone?] but want to get back to it now because it’s important: there is lots of evidence to support my contention that polar bears are not more vulnerable to extinction just because they have low genetic diversity.
END_OF_DOCUMENT_TOKEN_TO_BE_REPLACED