Tag Archives: what if

Posted on December 3, 2015 | Comments Off on Spring sea ice prediction for next year off Newfoundland: extensive ice coverage

EATEN – my new polar bear attack novel – is set in Newfoundland 2025 for a reason. I wondered: what if sea ice coverage 10 years from now is as high or higher than it has been for the last two years, with inevitable positive effects on Davis Strait harp seal and polar bear populations?

The Canadian Ice Service prediction for this region, released earlier this week (1 December 2015, see references for link), is that 2016 is set to meet my “what-if” scenario handily. Nine years to go! See the CIS expected ice coverage for 19 February 2016 below (CIS fig. 3): 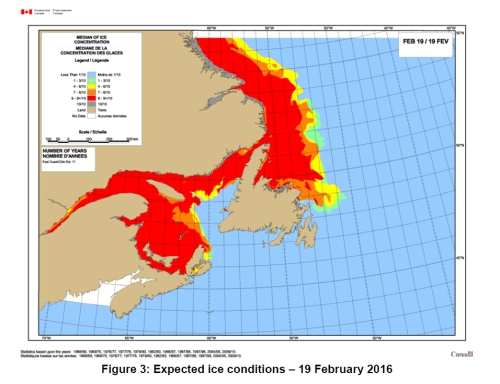 How does the above ice map compare to the last two years? At least as high or higher. Have a look below.

END_OF_DOCUMENT_TOKEN_TO_BE_REPLACED

Comments Off on Spring sea ice prediction for next year off Newfoundland: extensive ice coverage