Posted on July 26, 2016 | Comments Off on Four years of PolarBearScience and polar bear habitat for ‘Christmas in July’

The traditional gift for a 4th anniversary is flowers, so to celebrate 4 years of blogging at PolarBearScience, I’m highlighting a CBC article from last year that featured the work of photographer Dennis Fast, who captured some fantastic images of polar bears cavorting in a field of fireweed near Churchill (see screencap below from the 2015 CBC feature, more at the DailyMail for 21 August 2015). Great photography – it deserves another look.

Hard to imagine that four years have passed! Cheers to Hilary Ostrov (who blogs at The view from here) for getting me over my initial frustrations with WordPress – without which I’d never have made it this far – and for her much-appreciated typo alerts [Hilary is still dealing with on-going health issues but we talk on the phone from time to time.]

And thanks of course to my readers, who’ve made it all worthwhile. I truly appreciate all your tips and feedback. The word is getting out, via tweets and retweets, reblogging, personal blog and Facebook discussions, as well as links back to particular posts in the comments of news articles and other internet content, and straight up media mentions. The sum of it all has brought us to this point: 495 posts, over 764,000 views, and more than 411,000 visitors. Not too shabby for a single issue science blog, eh?

I thought of adding a Tip Jar button for next year, but decided against it – instead, if you’d like to support my efforts here, you can buy my polar bear attack novel (give it as a gift if you’re not keen on this type of fiction). I’d be just as grateful. See the sidebar for the link.

But back to business – below find sea ice maps of polar bear habitat at 25 July (‘Christmas in July’), this year as well as some previous years.

CIS (where the map below shows there is still lots of ice off Baffin Island; there was a recent polar bear problem in the south, with a four year old male bear (not starving, I assume, or they’d have said so) that resulted in the bear being shot – these are Davis Strait bears, don’t forget, that have been doing so well because of the abundance of harp seal pups in the spring):

As far as totals are concerned, Arctic ice is no lower than it has been in previous years at this point – when polar bears did not all die of starvation. Compare 2016 at 25 July below to 2012 and 2007 (see other years at NSIDC Interactive): 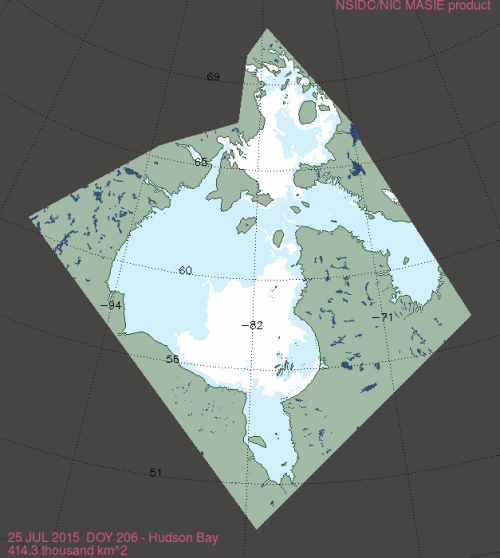 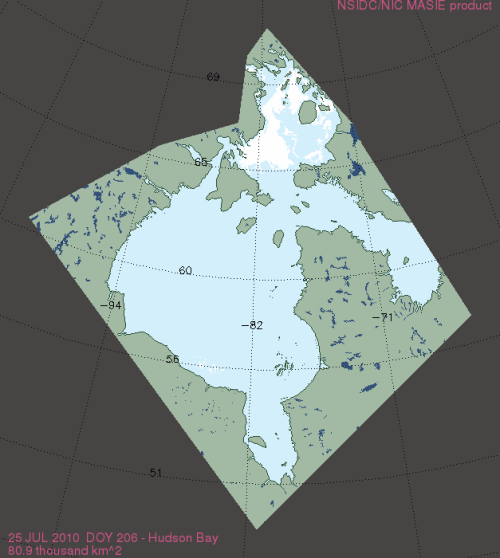 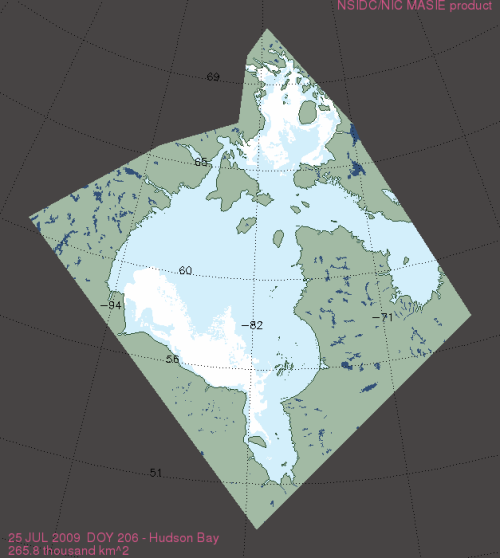 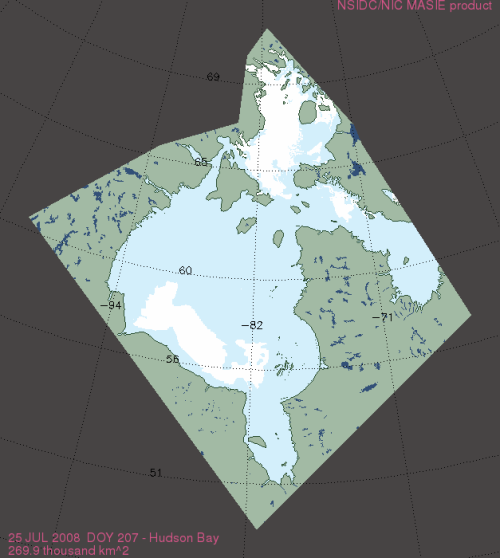