Churchill polar bear report 17-23 July 20: those ashore appear to be in great shape

Just out from the City of Churchill: few polar bears reported onshore for the week of 17-23 July 2017 (week 2) but those seen “appear to be in great shape.”

Update 24 July 2017 12:20 PM: Just spotted this blog report from “Churchill Polar Bears” that I somehow missed last week, which includes what seems to be the first polar bear photo’s of the season (of a sow and two chubby cubs) that are also in fine condition.

The photos were taken by Churchill photographer and guide Alex De Vries on Thursday 13 July and I hope he doesn’t mind my including one of those here as documentary evidence of the good body condition of this mother and both her cubs — see more photos at the Churchill Polar Bears blog post dated 14 July here. 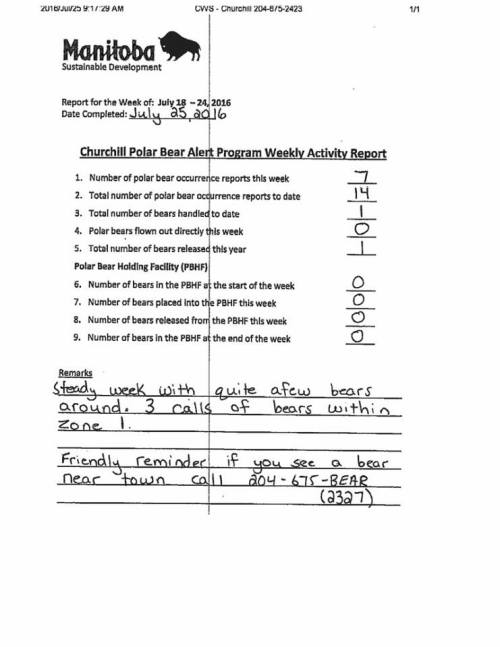