Spring in the Arctic is April-June (Pilfold et al. 2015). As late April is the peak of this critical spring feeding period for most polar bear populations, this is when sea ice conditions are also critical. This year, as has been true since 1979, that sea ice coverage is abundant across the Arctic for seals that are giving birth and mating at this time as well as for polar bears busy feeding on young seals and mating. 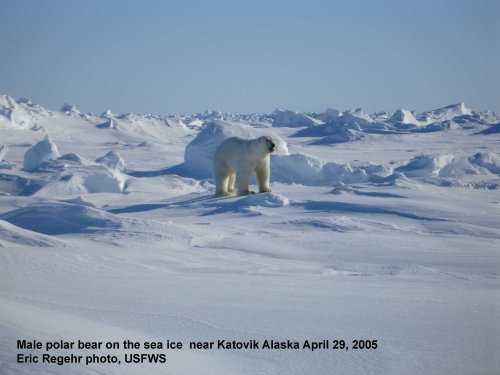 Below is a chart of sea ice at 25 April 2018, showing sea ice in all PBSG polar bear subpopulation regions:

Some Arctic subregions below, in detail.

Weekly stage of development, by area (from the west): brown is very thick, multiyear ice (2-5m thick) and dark green is thick first year ice (>1.2m). Note the area of shallow water (i.e. the continental shelf, <300m) is very narrow along the north coast of Alaska) and how close multiyear ice is to shore this year (seals and bears do best in first year ice):