Posted on July 23, 2018 | Comments Off on Churchill area polar bears off the ice as of third week in July say problem bear reports

Second week of Polar Bear Alert Activity reports (16-22 July) for 2018 and already two bears are in jail, making it the busiest 3rd week in July since 2015: 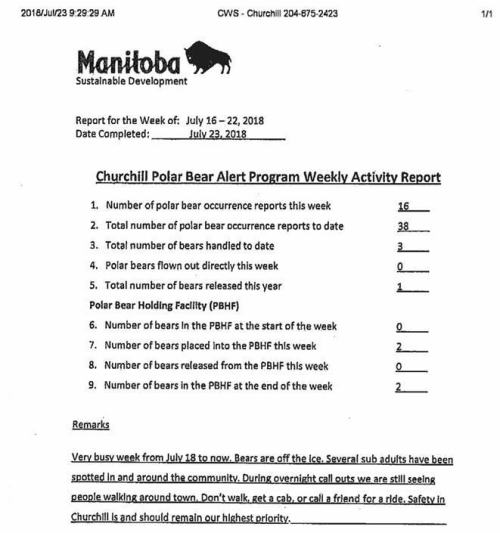 Last week (9-15 July) there were a few bears around but it appeared most were still out on the ice:

Map of collared and tagged bears reported by researcher Andrew Derocher at 19 July, at least 4 bears were still on the ice:

Ice concentration chart from Canadian Ice Services for the week of 16 July 2018 (there is almost always more ice present than shown on these charts at this time of year due to the problem satellites have distinguishing melt ponds from open water): 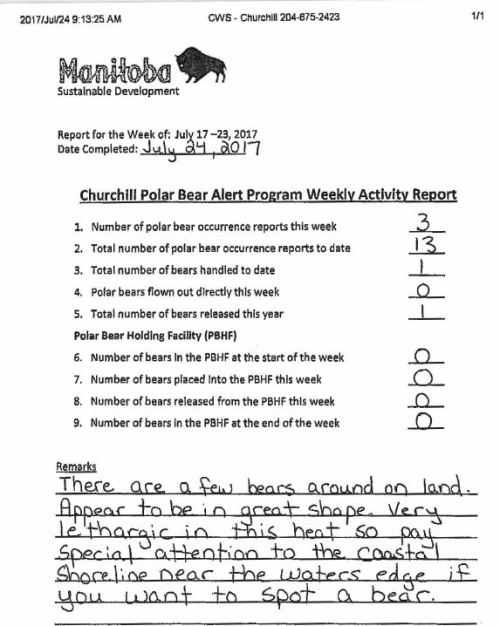