Posted on February 1, 2019 | Comments Off on Abundant polar bear habitat across the Arctic at the start of winter

January is the first month of the Arctic winter, the season when most polar bears really struggle to find enough to eat.

Here is what the sea ice looked like around the Arctic at the end of this month. 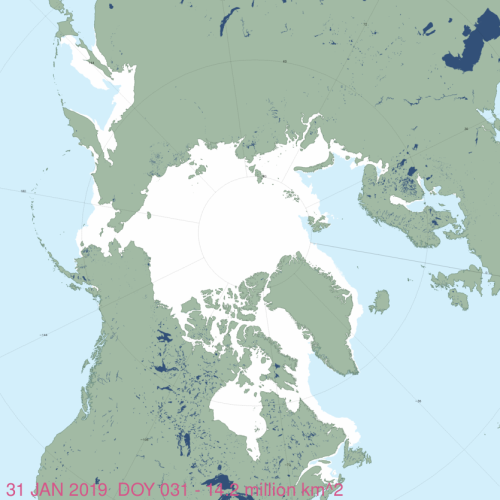 A closer look at conditions in Canada and Alaska:

And the year before that (2017), where there was much less ice in the Gulf of St. Lawrence:

In contrast, there has recently been lots of ice compared to conditions in eastern Canada at 31 Jan 2010: 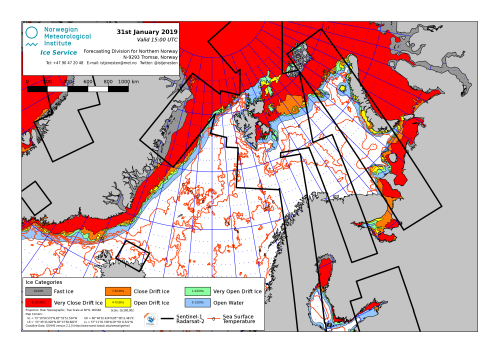 Here is what polar bear specialist Andrew Derocher had to say about the state of the ice in the Barents Sea:

Derocher is continuing to pretend that the small area of southeastern Svalbard where he once did some field work is critical denning habitat for Barents Sea bears and to pretend he doesn’t know where alternative sites are available. He sang the same song last year about this time. I’ve fixed his sea ice chart for him, see below. 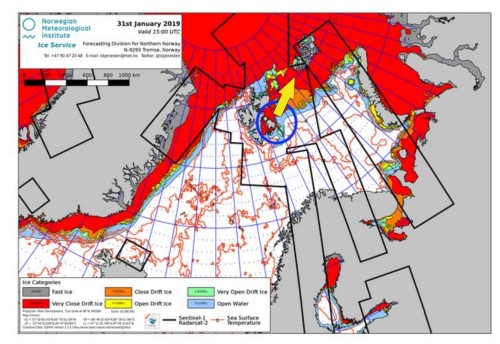 I know he knows that Franz Josef Land is a denning refugium because he co-authored one of the papers that points out the known alternative denning areas in Franz Josef Land and the Barents Sea pack ice around it (Andersen et al. 2012, see also Aars 2015; Aars 2018; Aars et al. 2017; Andersen and Aars 2016; Wiig 1998).

Polar bear specialist Jon Aars found three times as many polar bears in the Russian portion of the Barents Sea as around Svalbard in 2004 (Aars et al. 2009), which means that denning in Svalbard is much less important to the entire population than Derocher implies. Recent evidence that shows Svalbard bears are thriving despite much less ice than existed in the 1980s (Aars 2018) make Derocher and his message of doom look foolish and unprofessional.