The media are so gullible. So eager are they for a sympathetic polar bear victim that news outlets everywhere carried a story earlier this week about a Russian polar bear that had ‘T-34’ spray-painted on its side. They took the word of Russian polar bear/walrus consultant to WWF and Netflix, Anatoly Kochnev, that this was some kind of cruel joke that meant an untimely death for the bear. Turns out it was nothing of the kind. 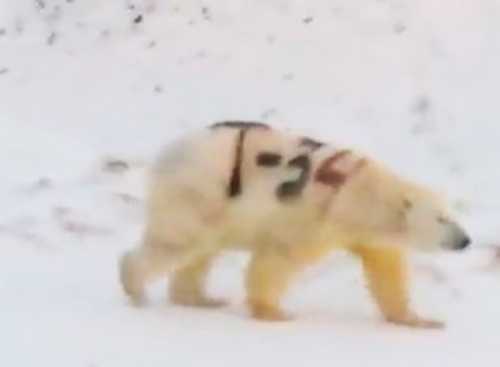