The first report of the Polar Bear Alert Program in Churchill, Manitoba was released today (1 September), a full seven weeks later than last year due to many bears remaining on the Western Hudson Bay ice much later than they have done in the past. 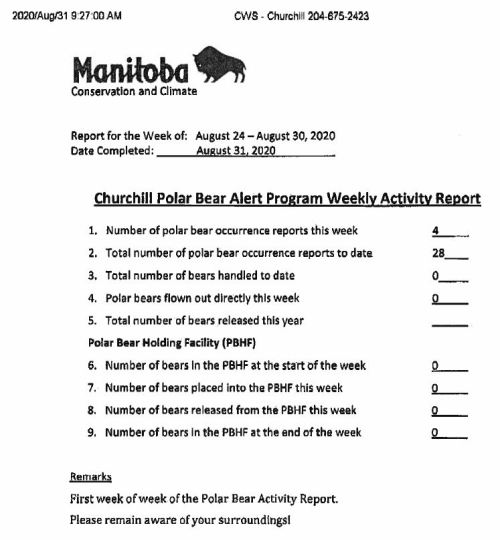 As I mentioned previously, as long as I’ve been collecting these published reports (2015), there has not been a first report of the season issued later than the second week in July, so this year is really unusual and I suspect similar to the 1980s.

I thought it possible that this was a Covid-related delay getting conservation officers to Churchill but as you’ll see above, that appears not to be the case: there simply have been not enough serious problems with bears in Churchill to warrant sending officers out before last week. No information on the general condition of bears was included this year, as it has been in other years (see below).  Activity this last week in August 2020 was similar to the first week in July 2018. 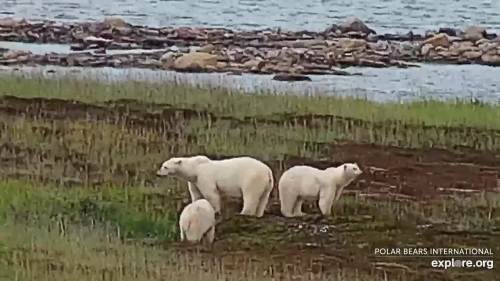