Still pack ice around Bear Island in the Barents Sea on 15 May: last time was 2003

It’s very open drift ice (1-4/10th concentration) but still: Bear Island (Bjørnøya) in the southern Barents Sea was still surrounded by pack ice at 15 May 2020. As far as I can tell from the Norwegian Ice Service archived ice charts, this hasn’t happened since 2003. 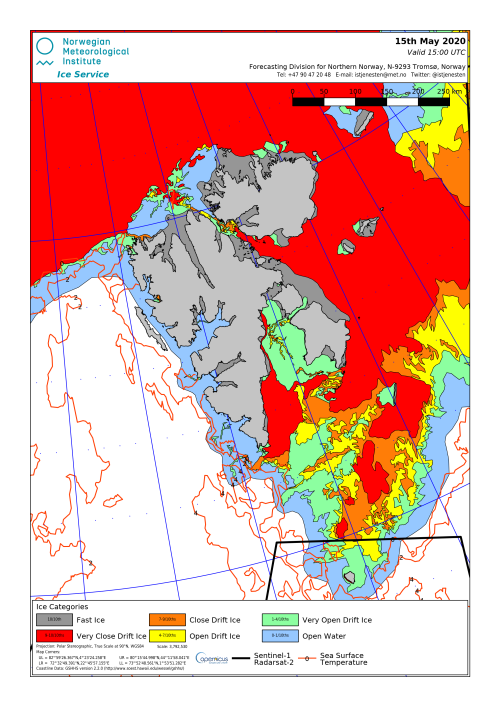 And last week, the island was surrounded by heavy drift ice, which hadn’t happened on 8 May since 1977.

END_OF_DOCUMENT_TOKEN_TO_BE_REPLACED

Comments Off on Still pack ice around Bear Island in the Barents Sea on 15 May: last time was 2003

Posted on April 8, 2020 | Comments Off on Highest Svalbard sea ice since 1988 with Bear Island in the south surrounded

From 3-7 April this year, sea ice around Svalbard Norway has been the highest since 1988, but only 6th or 7th highest since records began in the 1970s. Pack ice is year surrounds Bear Island (Bjørnøya) at the southern end of the archipelago for the first time since 2009 at this date, and continues the pattern of high extent and thickness of ice in the Barents Sea since last summer. 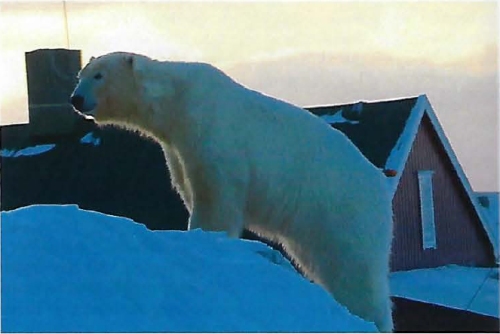 END_OF_DOCUMENT_TOKEN_TO_BE_REPLACED

Posted on July 31, 2019 | Comments Off on Polar bear spotted on Bear Island (Barents Sea) this winter for the first time in 8 years

A polar bear was spotted this year on Bear Island (Bjørnøya) in the southern Barents Sea on 8 March by the crew at the Meteorological Station. The last time these workers had seen a polar bear was 2011 but this year extensive Barents Sea ice literally brought a bear to their doorstep, similar to the way that sea ice brings bears to southern Labrador and Newfoundland in late winter and spring. 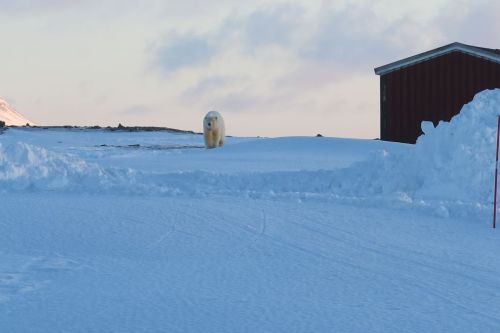 After below-average ice cover around Svalbard for most of the winter months of January and February, by early March the ice had expanded so far to the south it reached Bjørnøya. It was the kind of ice that hadn’t been seen in decades and almost immediately, a polar bear was spotted on shore. Given the length of time that the ice surrounding the island persisted, it is likely more bears came ashore but were not seen: the Meteorological Station at the north end of the island is the only place that people live over the winter (see maps below).