A new paper that combines paleoclimatology data for the last 56 million years with molecular genetic evidence concludes there were no biological extinctions [of Arctic marine animals] over the last 1.5M years despite profound Arctic sea ice changes that included ice-free summers: polar bears, seals, walrus and other species successfully adapted to habitat changes that exceeded those predicted by USGS and US Fish and Wildlife polar bear biologists over the next 100 years. 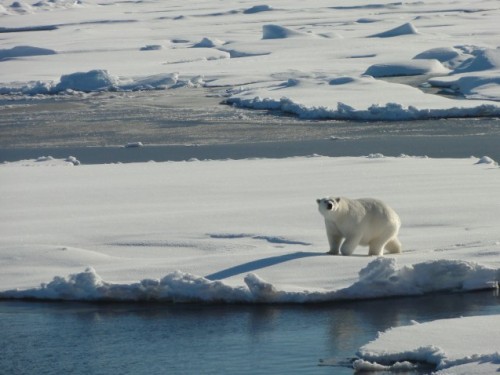 Thomas Cronin is a USGS paleoclimatologist at the Eastern Geology and Paleoclimate Science Center, and Matthew Cronin is a molecular geneticist at the University of Alaska Fairbanks (see previous posts here and here about Matt’s work on the genetics of polar bear evolution).

The final discussion and two summary graphics from this paper (copied below) are especially useful: