Posted on March 4, 2014 | Comments Off on Of Labrador polar bears and sea ice way above normal off Newfoundland

A report yesterday of polar bears making a nuisance of themselves in Black Tickle, southern Labrador is the inspiration for this post. Those bears are part of the Davis Strait subpopulation (discussed previously here and here). Black Tickle is marked on the map below. 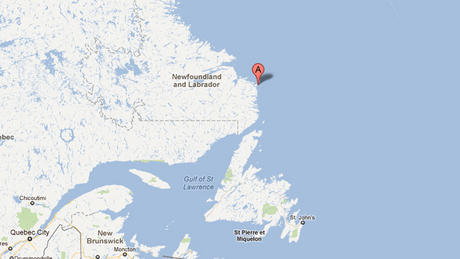 Arctic sea ice is tracking just at the edge of two standard deviations for this time of year but while extent is low in the Barents Sea, it is way up around the east coast of Canada.
END_OF_DOCUMENT_TOKEN_TO_BE_REPLACED

Posted on November 19, 2013 | Comments Off on Polar bear problems in N Hudson Bay not due to late freeze-up

The myth that northern Hudson Bay communities are having problems with polar bears this year because freeze-up is later than usual just won’t go away.

I discussed the well publicized craziness in Churchill last week (here and here), but there’s more. Polar bears are already leaving the shore of Northern Hudson Bay as the ice rapidly forms but I saw a story yesterday (dated late last week) that quoted a local official in Repulse Bay blaming their polar bear problems on late freeze-up.

I’ve written before about the peer-reviewed paper by polar bear researchers Seth Cherry and colleagues published earlier this year on breakup and freeze-up dates between 1991 and 2009. But perhaps the freeze-up data needs more emphasis. I’ve copied that graph again below, with notes, and added some ice maps. See for yourself.

Bottom line: A “late freeze-up” for northwestern Hudson Bay occurs when ice formation is delayed until early December or beyond. Freeze-up was nowhere near “late” this year, nor was the ice “slow to freeze.” It wasn’t last year either.
END_OF_DOCUMENT_TOKEN_TO_BE_REPLACED