Posted on May 4, 2014 | Comments Off on Polar bear habitat update – ice coverage at the beginning of this year’s critical feeding period

Polar bears are all out on the sea ice at this time of year, feeding on new-born seal pups. Here’s a look at what the ice conditions are like at this critical time.

The ice extent is still well within two standard deviations from the 1981-2010 average, which indicates no deviation from natural variation, as the graph (below) for May 1, 2014 from the US National Snow and Ice Data Center (NSIDC) shows. 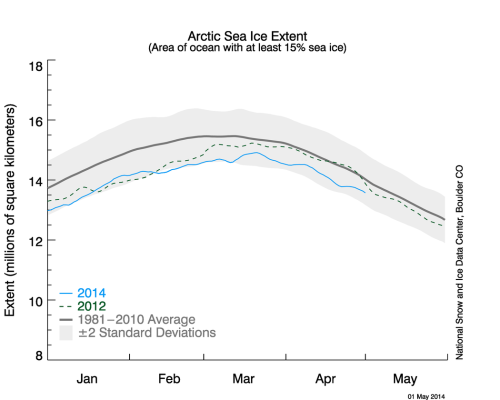 Between the official spring maximum (according to the NSIDC ) on March 21, with a total extent of 14.8 million km2, the ice slowly retreated in some regions and increased in others, while most regions remained pretty much the same. This is an important reminder that the Arctic as a whole is not a homogeneous region but one with marked regional variation.

MASIE map of the entire Arctic, to get you oriented for the regional maps that follow: 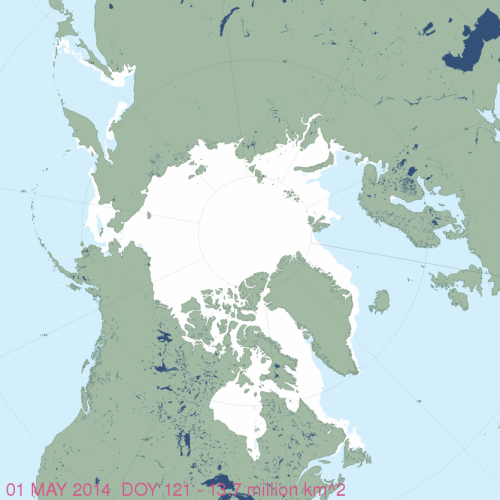 The regions with polar bears that increased in ice extent over April, 2014 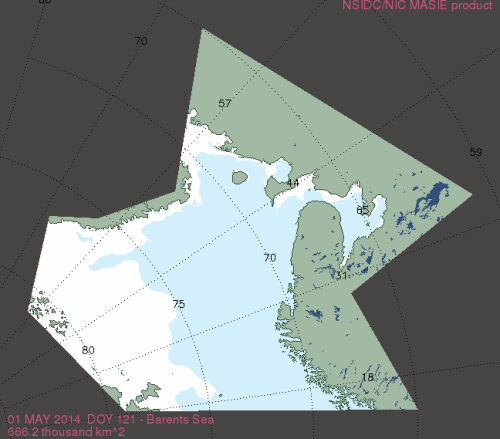 The regions with polar bears that decreased in ice extent over April, 2014