Russia the first to ban polar bear hunting in 1956, not a surprise why 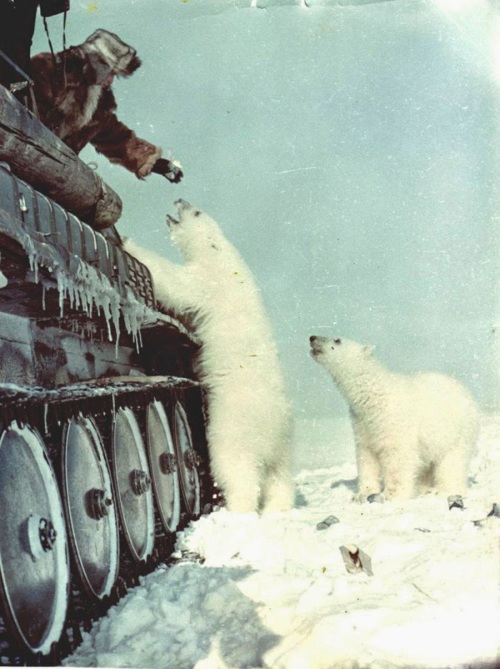 “Sponsored by the Russian Dash Cams Association. Reminding you to drive your tank safely and avoid hitting polar bears.”

Apparently, polar bears are attracted to tanks as they are to ships and submarines, which made them easy targets for men with guns. This, along with the rather extensive use of so-called ‘set guns’ (a baited apparatus fixed with a loaded shotgun), led to a significant decline of polar bears in the U.S.S.R. and the Barents Sea area by the 1950s. See also, “The slaughter of polar bears that rarely gets mentioned (ca. 1890-1930)”

This was the real threat to polar bears and it was successfully halted by international agreement in 1973. We should not forget that polar bears are a conservation success story.