Posted on May 23, 2021 | Comments Off on Spring polynyas in the Arctic then and now as feeding areas for hungry polar bears

Patches of open water in the Arctic that develop in the spring, including polynyas and widening shore leads, are largely due to the actions of wind and currents on mobile pack ice rather than ice melt. Contrary to concerns expressed about possible negative implications of these early patches of open water, these areas have always been critical congregation areas for Arctic seals and are therefore important feeding areas for polar bears in late spring.

END_OF_DOCUMENT_TOKEN_TO_BE_REPLACED

Podcast with WildFed about polar bears and domestication as speciation

Posted on March 2, 2021 | Comments Off on Podcast with WildFed about polar bears and domestication as speciation

A couple weeks ago I had a fabulous chat with Daniel Vitalis from Wildfed about a wide range of topics, including my work on polar bears and domestication as a process of speciation. The podcast went live this morning – have a listen here (also copied below), I think you’ll enjoy it. One hour, 36 minutes.

Posted on November 11, 2020 | Comments Off on Shorefast ice formation and the fall feeding season for polar bears

What may seem like a silly question is actually fundamental to polar bear survival: in the fall, why do Western Hudson Bay bears correctly expect to find seals in the new ice that forms offshore? Why are seals attracted to that new ice – called ‘shorefast ice’ or ‘fast ice’ – when they would clearly be safer out in the open water where there is no ice and no bears?

As the picture below attests, polar bears can and do kill ringed seals in the new ice that forms off the coast of Western Hudson Bay even when it is but a narrow strip of thin ice – and so close to shore their successes can be caught on camera. 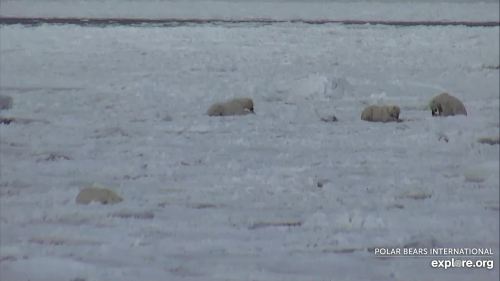 A different bear was also filmed killing another seal on 31 October. And these are only the kills we know about along a very short stretch of coast – the killing is almost certainly going on up and down the entire coast, into James Bay (see below), where there is just as much ice but no cameras.

As far as I am aware, this seal killing by polar bears goes on in newly-formed shorefast ice everywhere across the Arctic in early fall, not just in Hudson Bay. Although the timing varies, virtually everywhere in the peripheral seas of the Arctic Ocean (Barents, Kara, Laptev, Chukchi, Beaufort, as well as Baffin Bay and Davis Strait), shorefast ice forms before the mobile ice pack expands to meet the ice developing from shore. 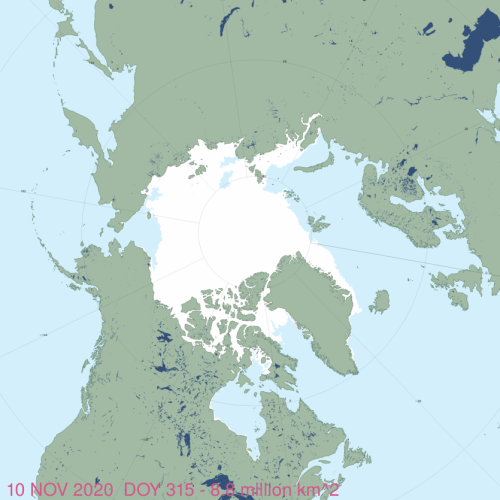 This shorefast ice formation in fall provides a predictable but short-lived source of prey for polar bears as they strive to regain some of the weight lost over the summer.

END_OF_DOCUMENT_TOKEN_TO_BE_REPLACED 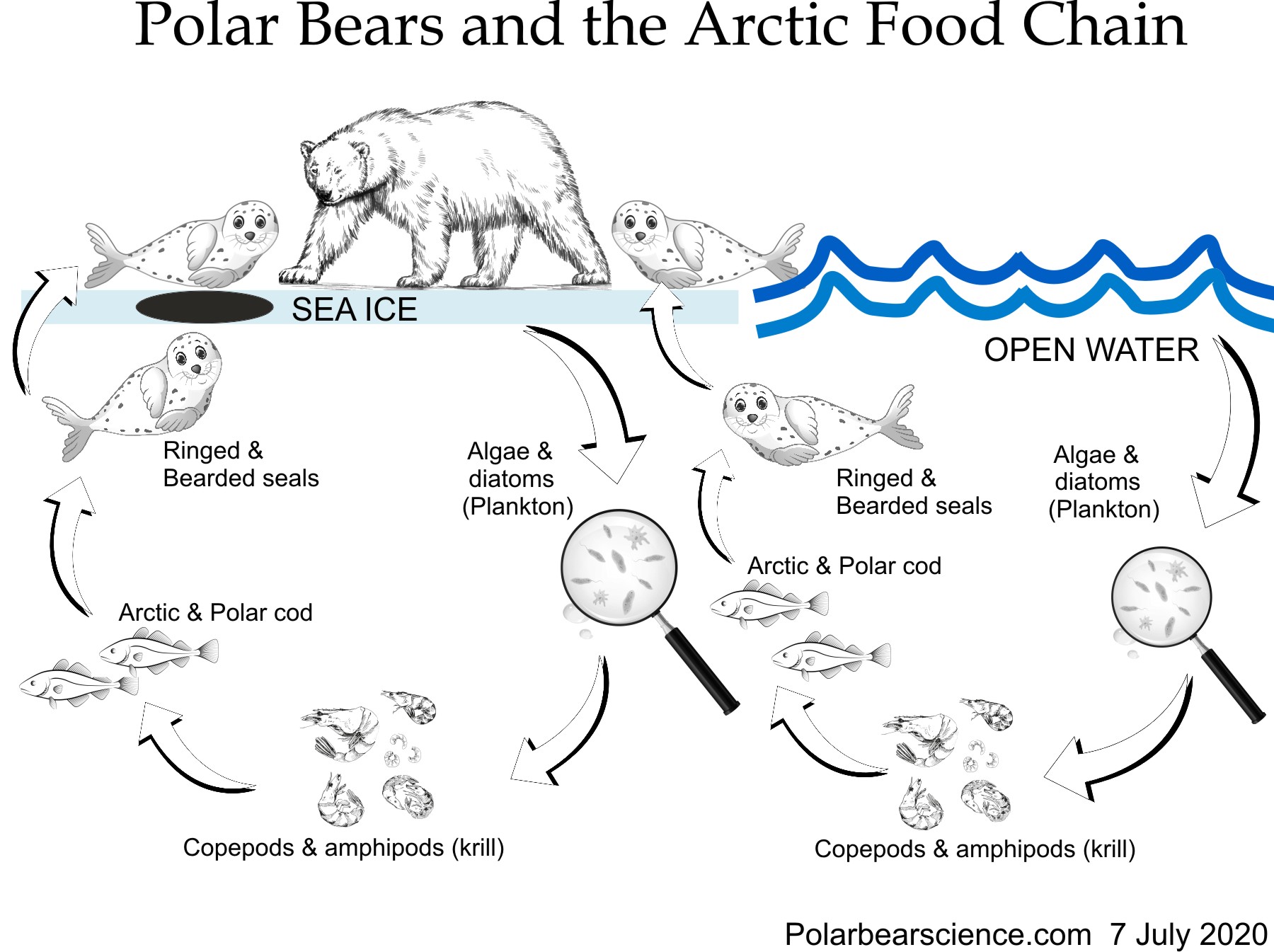 END_OF_DOCUMENT_TOKEN_TO_BE_REPLACED

Posted on March 19, 2020 | Comments Off on Polar bears prowling Newfoundland come on top of coronavirus fears

On Tuesday 17 March 2020, several polar bears were reported in and around the community of St. Anthony on the Northern Peninsula of Newfoundland, adding another threat on top of coronavirus concerns in the province. The photo below is from a 2018 Newfoundland sighting from the same region: none are available for the current report. 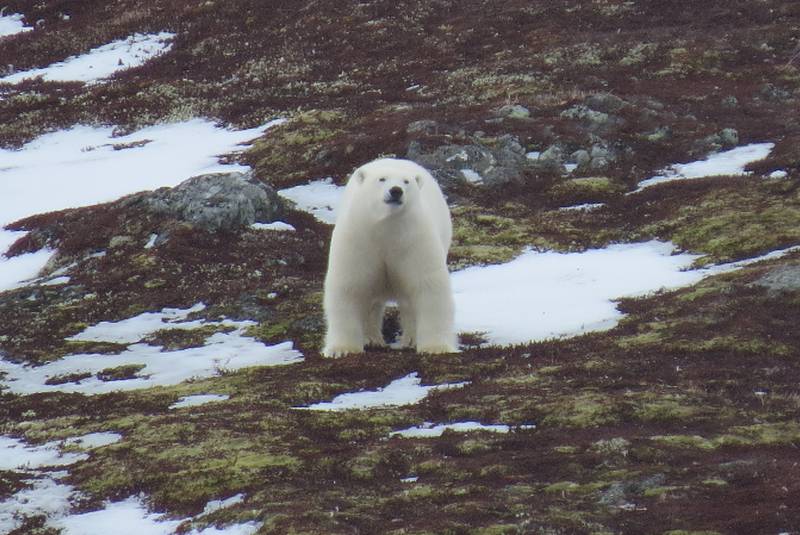 There have been no reports of trouble but locals will have to stay vigilant to remain safe, which since 2008 has been a common concern from late winter to early spring. In 2012 in this area, a bear was shot after it destroyed homes and attacked livestock; another bear was shot the next week in the same area. And in 2016 and 2017, a bear had to be shot to protect residents. Bears at this time of year are in hunting mode, which is why my polar bear attack thriller novel, EATEN, is set in March. 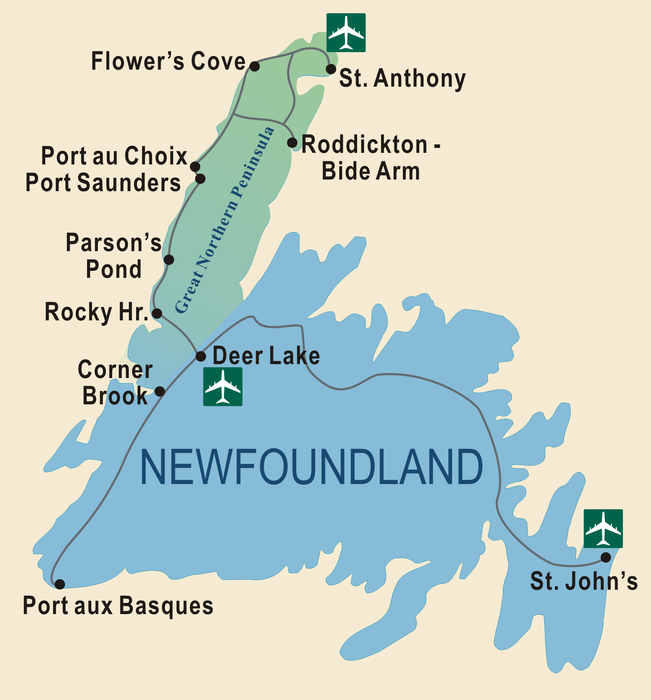 UPDATE 22 March 2020: “Just after 1 p.m. on March 21, the RCMP St. Anthony advised they blocked off Goose Cove Road, St. Anthony, as a polar bear has been sighted in the area. Wildlife is en route to assess the situation. In the interest of public safety residents are asked to stay away from this area.” From Saltwire here. Another report on the same sighting here.

END_OF_DOCUMENT_TOKEN_TO_BE_REPLACED 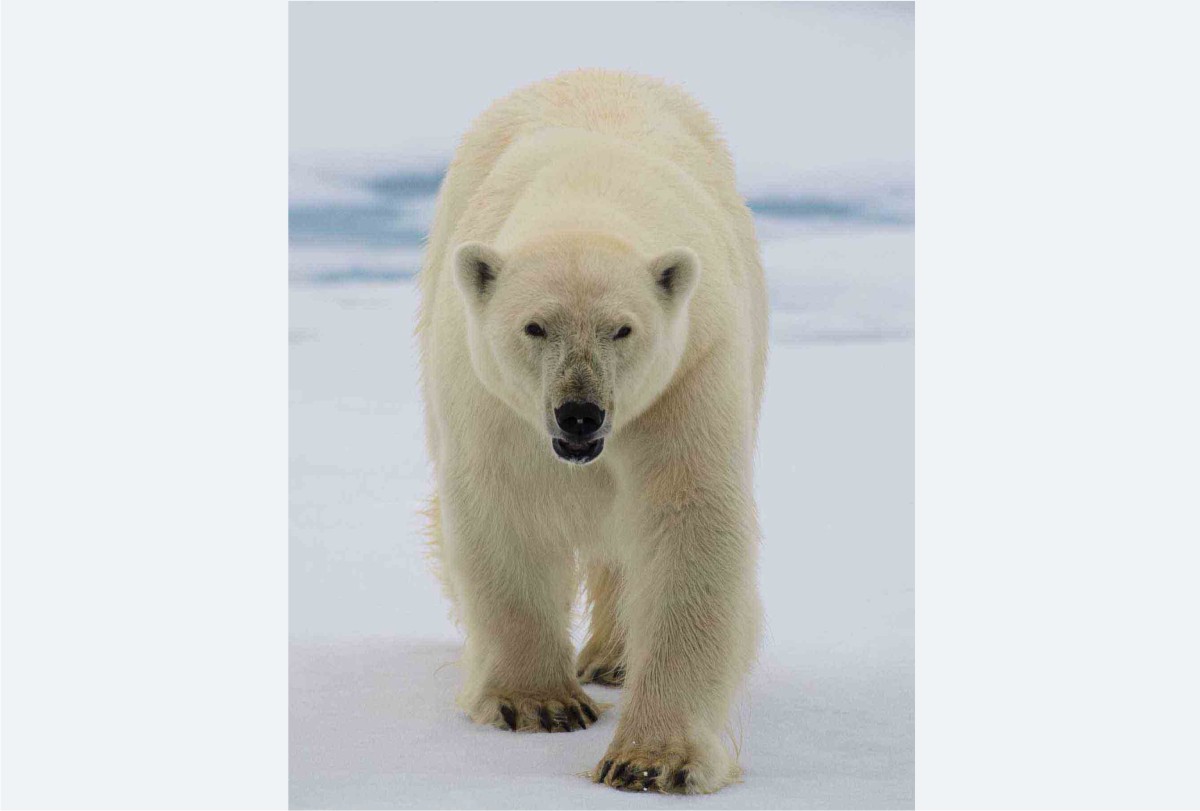 I understand that some people object to hunting (especially trophy hunting) and wish more people felt like they do – but Liodden’s opinion is nothing more than the emotional rant of a conspiracy theorist and should be ignored. END_OF_DOCUMENT_TOKEN_TO_BE_REPLACED

A new video with clips of critical footage not available outside the UK shows that Sir David Attenborough and Netflix producers (who insisted earlier this year that climate change – not polar bears – were to blame for Russian walrus falling to their deaths) had deceived audiences around the world. 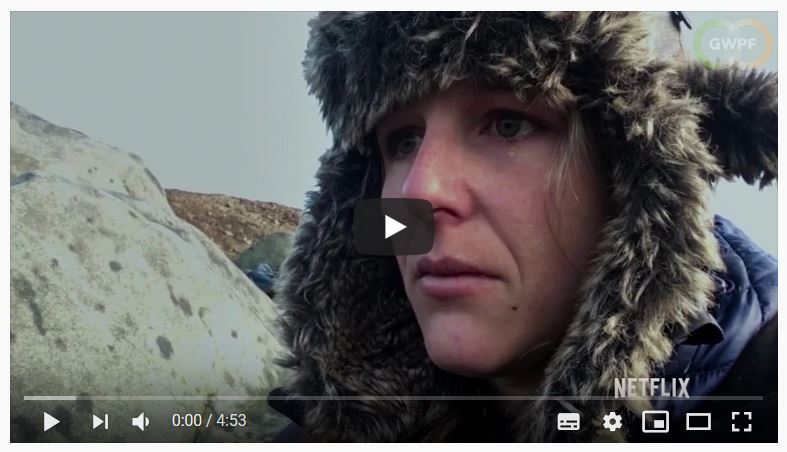 In case you missed it, another episode of the same BBC One Planet TV series falsely claimed that polar bears hunting whales from shore are unprecedented effects of climate change.

Posted on November 30, 2019 | Comments Off on BBC’s One Planet falsely claims that polar bears hunting whales from shore is an unprecedented effect of climate change

Polar bears leaping on the backs of belugas off Seal River, in western Hudson Bay, is being falsely promoted by the BBC’s new “Seven Worlds: One Planet” TV special as an unprecedented effect of climate change. 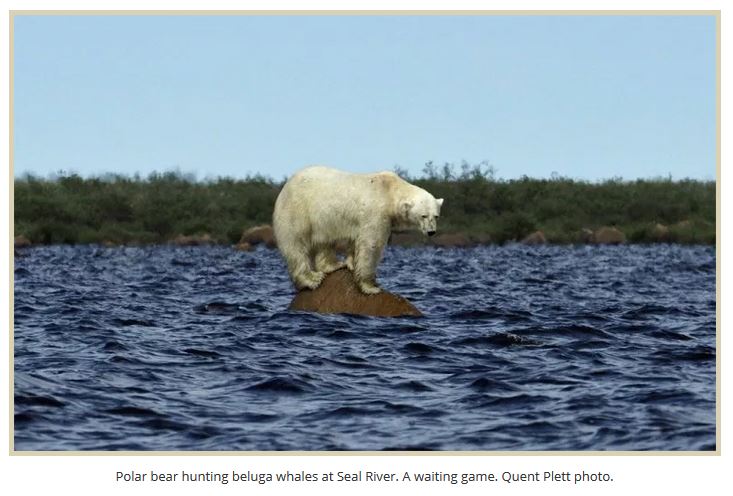 ‘This extraordinary behaviour has only been recorded here, in this remote corner of North America, and only in the last few years.’

Poppycock. More climate change hyperbole from Attenborough’s seemingly never-ending litany of nonsense that’s easily refuted. There is scientific literature documenting such behaviour in Canada’s far north in the 1980s, which I included in the blog post I wrote about this phenomenon a few months ago (after National Geographic published a similar scare-story), which I have reposted below.

And from the sounds of it, there was no mention in the BBC special that freeze-up along western Hudson Bay was early again this year: for the third year in a row. So if the footage was filmed any time since 2017, the claim of accelerating sea ice loss in this region and bears on land for longer than ever is pure fantasy. PS. Fat bears are not ‘starving’.

END_OF_DOCUMENT_TOKEN_TO_BE_REPLACED

Posted on November 11, 2019 | Comments Off on Western Hudson Bay freeze-up earlier than average for 1980s for the third year in a row

This is the third year in a row that freeze-up of Western Hudson Bay (WH) ice has come earlier than the average of 16 November documented in the 1980s. Reports by folks on the ground near Churchill confirm polar bears are starting to move onto the sea ice that’s developing along the shore after almost 5 months on land. After five good sea ice seasons in a row for WH polar bears, this repeat of an early freeze-up means a sixth good ice season is now possible for 2019-2020.

Sadly for the tourists, however, it means the polar bear viewing season in Churchill will be ending early this year, just like it did last year and the year before. 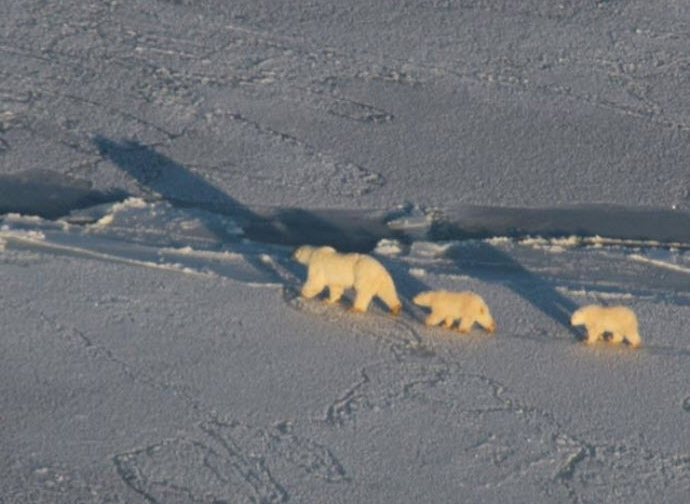 Polar bear family on the ice off Churchill Manitoba (taken from a helicopter), courtesy Explore.org

When mothers with cubs are out on the ice (see photo above), it’s pretty certain the mass movement from land to sea ice is well underway because these family units are usually the last to leave.

UPDATE 19 November 2019: Polar Bear Alert report for 11-17 Nov (week 20) confirms that freeze-up is underway, bears are heading out on the ice and problem bears held in the ‘jail’ were released 13 November. See below.
END_OF_DOCUMENT_TOKEN_TO_BE_REPLACED 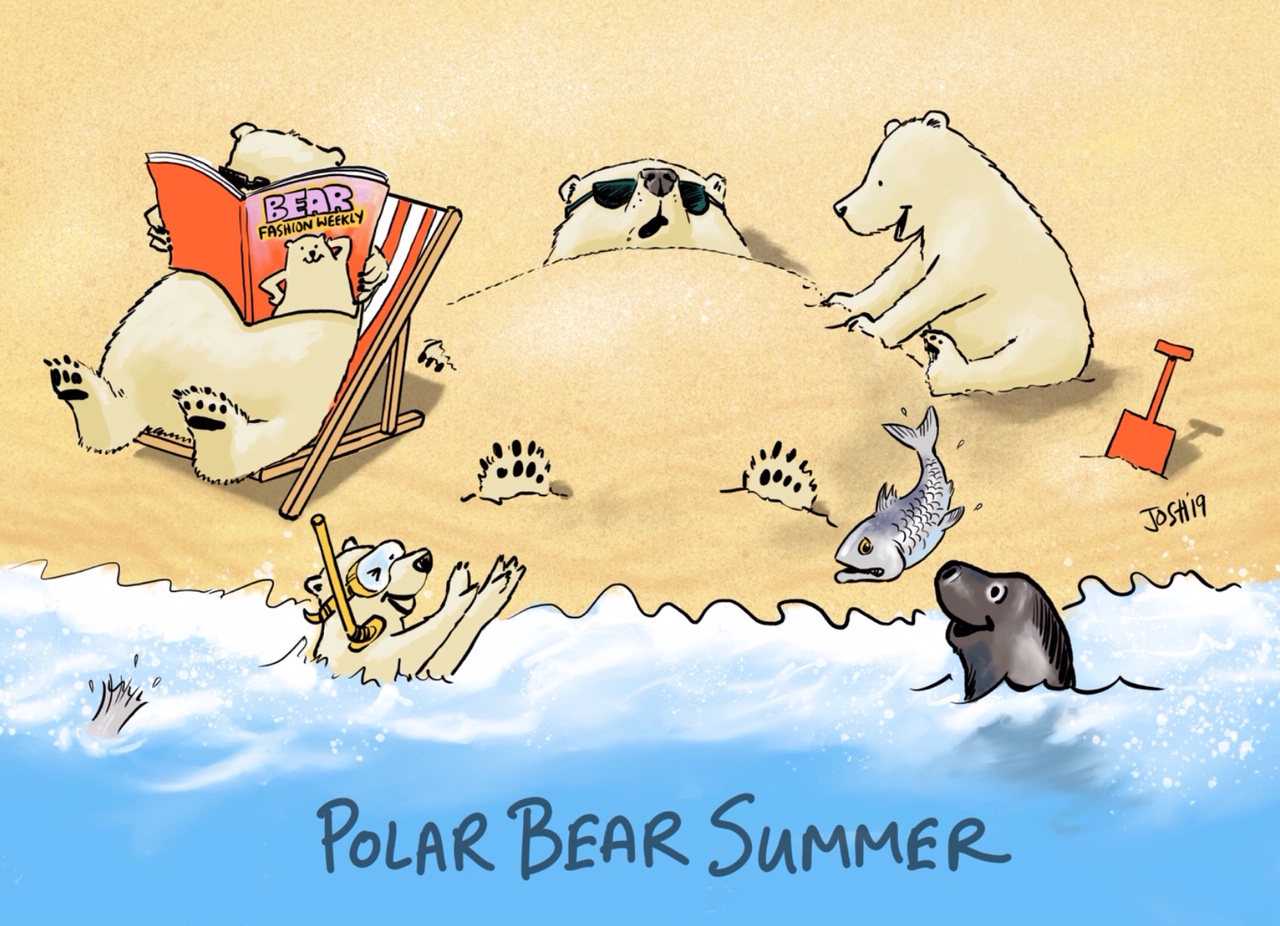