Posted on January 14, 2015 | Comments Off on ‘Threatened’ status for Arctic ringed seals under ESA makes no sense

Recent research (Crawford and Quakenbush 203; Rode et al. 2014) has shown that sea ice declines in the Chukchi and Beaufort Seas have made life better for ringed seals, not worse (as predicted) – ringed seals are in better condition and reproducing better than they were in the 1970s. Why? Ringed seals do most of their feeding in the open-water period (Young and Ferguson 2013), so a longer open-water season means fatter, healthier seals and more fat pups for polar bears to hunt the following spring. 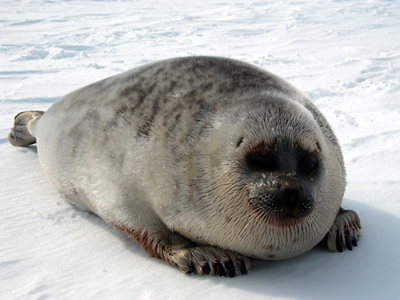 However, Arctic ringed seals (as well as bearded seals) were designated as ‘threatened’ by the USA in 2012 under the Endangered Species Act, based on predicted ice and snow declines due to prophesied global warming. These listings are all about future threats, with no pretense of on-going harm.

Virtually no other Arctic nation has taken this step for Arctic seals — see previous discussion here. There are lots of ringed seals — an estimated 3-4 million world-wide and about 1.7 million within the critical habitat proposed by NOAA (see below).

The ringed seal listing was based on an assessment completed in 2010 (Federal Register 2012; Kelly et al. 2010; Ringed seal decision peer review 2012) and has now gone to the public comment stage over proposed critical habitat (see NOAA map below).

There are few precise data on ringed seal population sizes (and no indication that populations have gone down in recent years). This means the models used to predict ringed seal declines in the future, based on predicted sea ice declines, will have included no numbers – even less data upon which to base a decision than the polar bear listing.

However, we now know that the polar bear ESA model has been strongly criticized by mathematical modeling experts at the International Union for the Conservation of Nature (IUCN), who maintain the Red List of Threatened Species.

The IUCN has made it clear that the models used in 2008, to convince the US Fish and Wildlife Service to list polar bears as ‘threatened’ due to predicted global warming, do not meet IUCN standards. As uncertain as predictive models are in general, the IUCN has indicated that predictive models that do not include current population numbers are poor science and should not be used for assessing a species’ future conservation status. 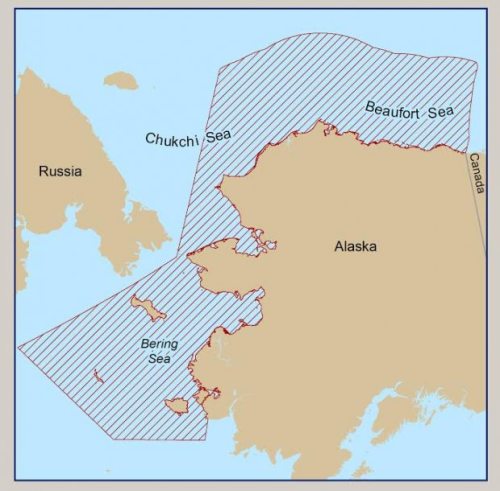 “The National Oceanic and Atmospheric Administration has proposed 350,000 square miles of ocean off Alaska’s north and west coasts as critical habitat for the main prey of polar bears.

“NOAA Fisheries will hold public hearings Jan. 28 in Nome, Feb. 2 in Anchorage and Feb. 17 in Kotzebue.

The final public hearings will be Feb. 23 in Barrow and Feb. 26 in Bethel.”

How and why great news about Chukchi polar bears has been suppressed September 8, 2013 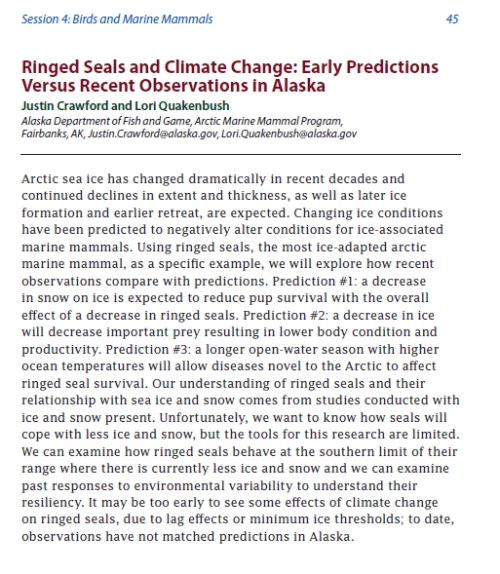 Federal Register 2012b. Threatened status for the Beringia and Okhotsk distinct population segments of the Erignathus barbatus nauticus subspecies of the bearded seal. Volume 77 issue 249:76740-76768. PDF