Posted on November 12, 2015 | Comments Off on Polar bear habitat update – Arctic sea ice today covers same area as it did on June 30

Arctic refreeze is well underway. Less than half way through the Arctic autumn (Oct-Dec), polar bear habitat on 11 November 2015 covered the same total area as it did on the last day of Arctic spring (April-June); it’s just distributed differently. 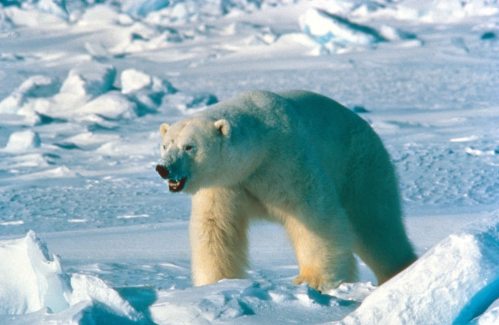 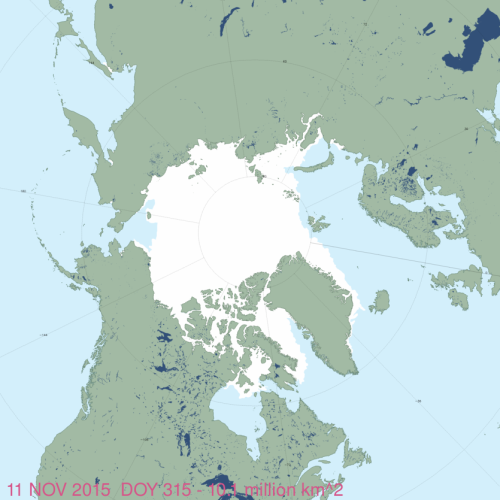 Here is what 30 June 2015 ice extent looked like, with the same amount of ice coverage: 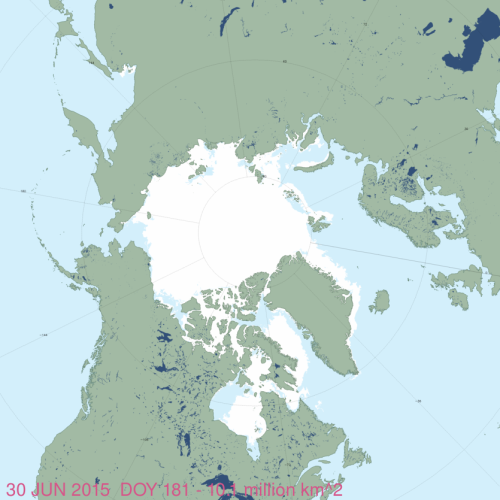 For the week of 12 November, Hudson Bay sea ice development is well underway, with more ice in the north than there has been in many years; Davis Strait ice is the highest this week since 1999 and Baffin Bay ice coverage is above average. Foxe Basin and the Beaufort Sea are both approaching maximum coverage, which means bears there will be back out on the ice hunting. Chukchi Sea ice has finally surrounded Wrangel Island but the Svalbard Archipelago in the Barents Sea is still ice-free. More ice maps and charts below.
END_OF_DOCUMENT_TOKEN_TO_BE_REPLACED