Posted on November 7, 2017 | Comments Off on Problem bear report for Churchill might be second-last one this year

Good news for Western Hudson Bay polar bears that have been getting into trouble in Churchill, Manitoba: the seasons looks to be almost over.  Only a few more days of “Polar Bear Week” likely remain, as sea ice will build along the shoreline in response to severe cold and the north winds expected later today.

This morning near Churchill, from one of the tundra buggies, post at Explore.org: 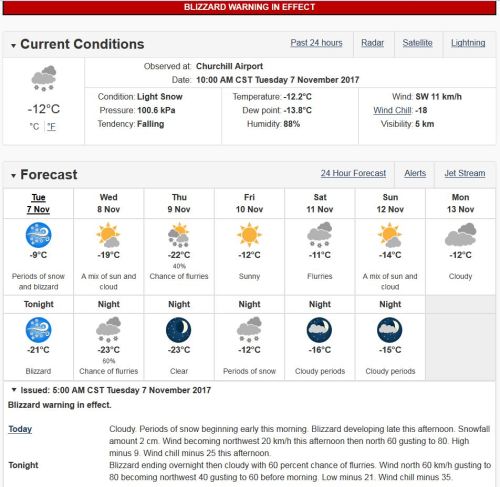 Sea ice at 7 November, will be updated so check back:

Last year in the week before bears left for the ice, with a north wind forecast:

And in 2015, the week before polar bear season ended: 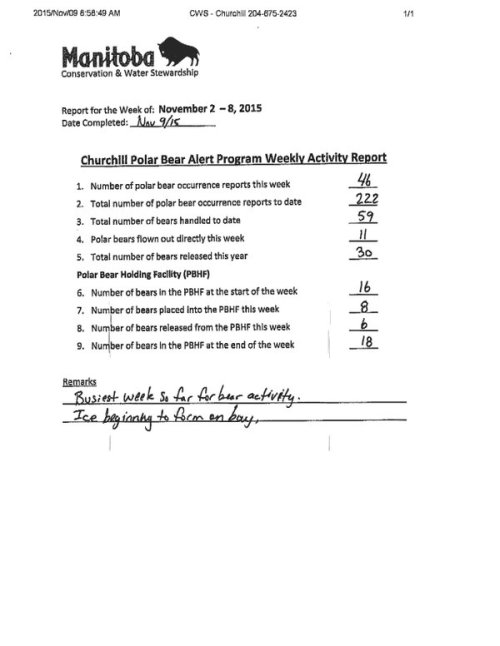