Posted on January 2, 2019 | Comments Off on Heads up Newfoundland & Labrador: polar bear season has begun

There is now enough sea ice off southern Labrador and the northern tip of Newfoundland for Davis Strait polar bears to come ashore looking for food. Baby seals won’t be available for months yet. And since winter is the lean season for these bears, some may seek food sources onshore. The bears come down from the area of Hudson Strait and southern Baffin Island: as the sea ice expands south, so do the bears. 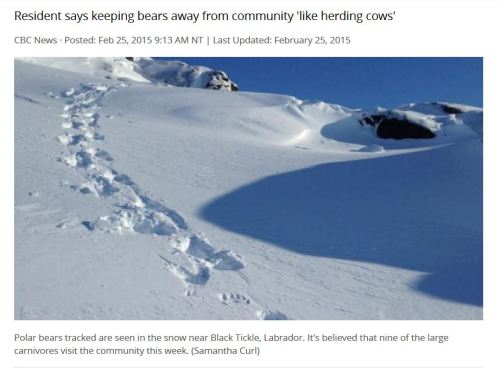 Conditions have been excellent for Davis Strait polar bears for decades now: they’ve had lots of food and plenty of ice when they need it in winter and spring. Sightings of bears onshore from January through early March only since 2015 are strong indications that the population size has increased over the 2007 count (which had increased significantly over the previous estimate).

Reports of bears onshore in winter cannot be due to lack of sea ice: that’s the kind of nonsense explanation that comes from blaming every polar bear problem on global warming.

Polar bears come ashore in winter because there is so little for them to eat on the ice (seals rarely bask on the ice in winter and catching seals while they are in the water is hard work). An easier meal might be found onshore, especially around human communities. The simplest explanation for why so many bears have been coming ashore along the southern Labrador coast since 2015 is that there are more bears out on the offshore ice. More bears offshore increases the odds that more than a few will come ashore looking for food.

More bears onshore increases the odds that there will be a deadly attack.

Because winter is the season that polar bear are the most dangerous and locals across the Arctic are smart to treat these foraging bears with extreme caution. Sea ice in winter is like a highway for hungry bears that takes them from offshore areas into coastal communities everywhere. 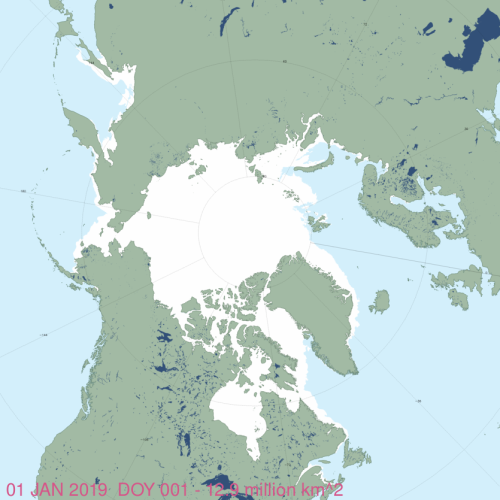