Posted on June 14, 2020 | Comments Off on No early breakup for W Hudson Bay sea ice again this year: polar bears still on the ice

No early breakup of Hudson Bay sea ice again this year: there is still extensive thick first year ice over most of Hudson Bay and all female polar bears fitted with tracking collars in Western Hudson Bay are still on the ice: 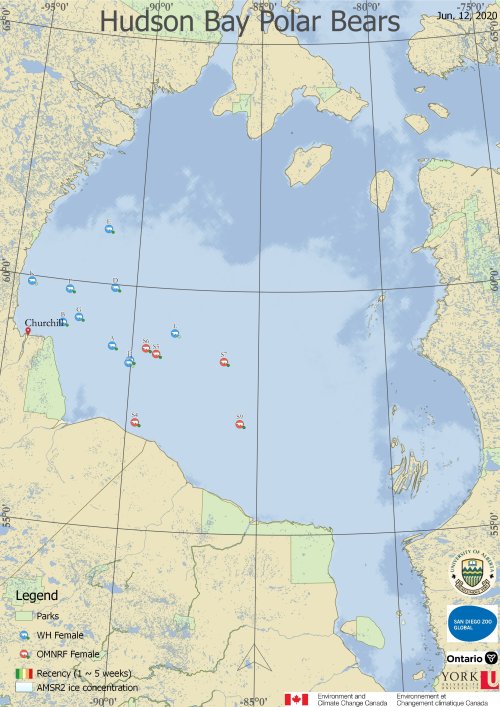 Breakup of Hudson Bay sea ice as it relates to polar bear movement to land has been about the same since 1999 (about 2 weeks earlier than in the 1980s) and this year is shaping up to be no different: there is still no declining trend in date of sea ice breakup in Western Hudson Bay despite repeated predictions of imminent doom. An especially ‘early’ breakup year would have bears ashore before 15 June. Last year (2019) the first WH bear onshore was caught on film 5 July and problem bears were not recorded onshore in Churchill until the 2nd week of July. 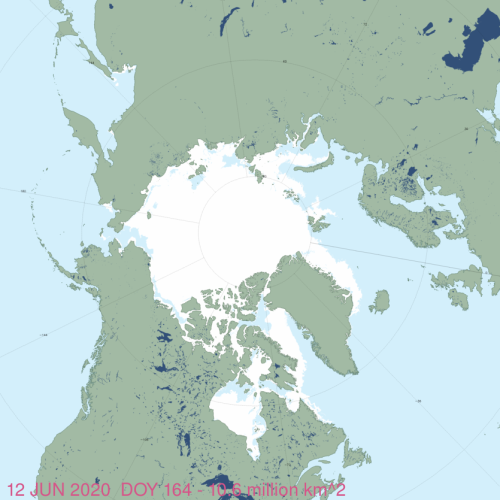