Posted on September 19, 2020 | Comments Off on Churchill problem polar bear report for week 3 and a triplet litter of cubs spotted

Courtesy the Town of Churchill:

Also, note that a mother with a litter of triplets spotted along the coast of Wapusk National Park (just east and south of Churchill) in good condition, 15 September 2020 (see photo below). Biologist Nick Lunn falsely claimed in 2018 that no triplet litters had been born in Western Hudson Bay since 1996 – a correction made later claimed Lunn meant there hasn’t been any triplet litters seen in the fall, which was also not true in 2017 or in 2020:

Compare weekly stats above for this year to a few previous years at the second week in September: 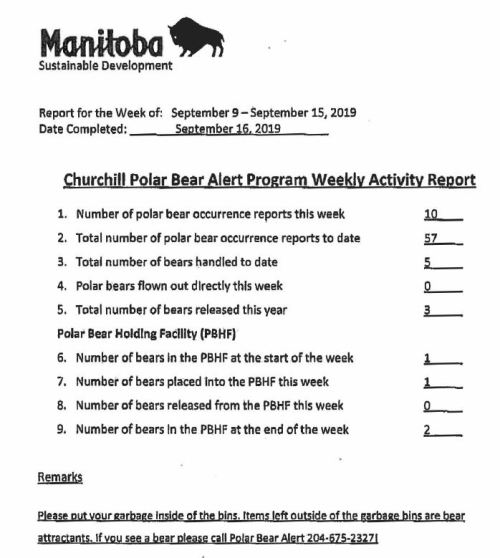 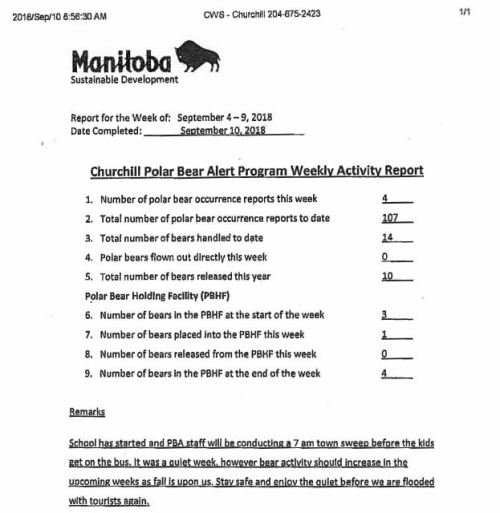