Polar bear habitat in the eastern Bering Sea has expanded since the official spring “maximum extent” was called for late February, and Davis Strait sea ice is tied for 2nd highest since 1971 for this week. Both regions have healthy polar bear populations and spring conditions suggest this will continue into this year. 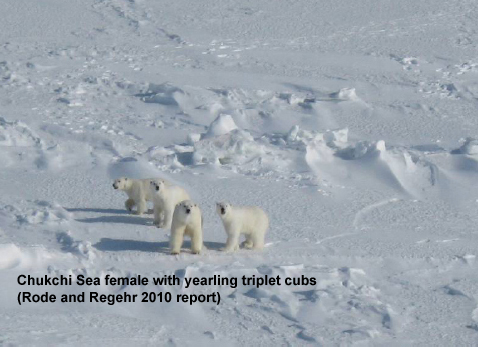 Although the melt season is underway, as of yesterday (22 April, Julian day 112) overall Arctic sea ice extent (Fig. 1) was higher than it was on the same date in 2014, 2007, and 2004 (see also Fig. 2). Despite the record low extent in February (Fig. 3), that pessimists at Polar Bears International suggested was relevant to polar bear heath and survival, I showed that was misleading. 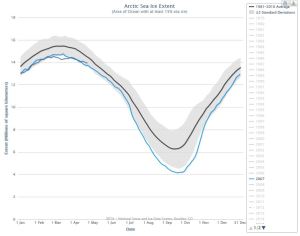