Sea ice in at least three Eastern Canadian polar bear subpopulations is well above normal for this time of year, which means many bears are likely not ashore yet. The same is true in the Beaufort and Barents Seas – ice is melting but there is still a fair amount of sea ice close to popular shores. Cause for cheering, not raising alarms.

Southern Hudson Bay, Foxe Basin, and Davis Strait, all have above average sea ice coverage, according to the Canadian Ice Service (see charts below).

Hudson Bay ice levels are particularly striking: the anomaly map below (“departure from normal”) is almost entirely blue (positive), showing how far it is above average. No wonder supply ships needed icebreaker help yesterday to get into Inukjuak on the eastern shore. Most of the ice is technically in the Southern Hudson Bay polar bear subpopulation region, which has a stable population.

Southern Hudson Bay polar bear subpopulation region defined (IUCN PBSG) – compare to sea ice map above. Many Western Hudson Bay bears will likely leave the ice further southeast than usual and will have to walk north to the Churchill area in the fall to find their preferred denning areas or take advantage of the early-forming ice that will allow them to resume hunting: 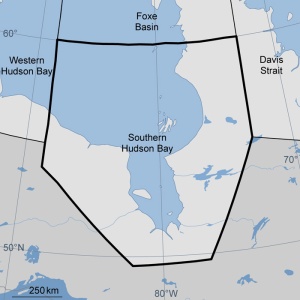 Graphs for Hudson Bay (SH and WH), Davis Strait, Foxe Basin and the Beaufort Sea below, click to enlarge – all regions where polar bears have been doing well (stable or increasing). 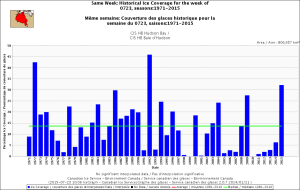 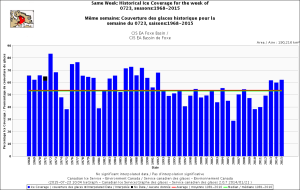 Most of the popular denning areas on the east side of Svalbard, and around Franz Josef Land in Russia, still have sea ice (courtesy the Norwegian Ice Service): 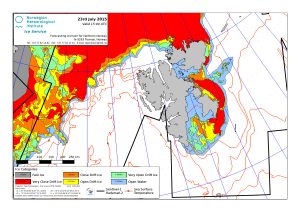 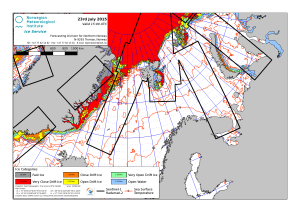 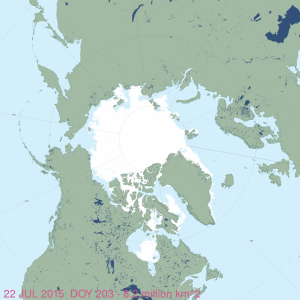