Arctic sea ice tied 2007 for extent at the September minimum less than 3 weeks ago but with the refreeze proceeding much faster than 2007, seals will soon be returning to the ice edge and polar bears will be back to feeding like they did in 2010. 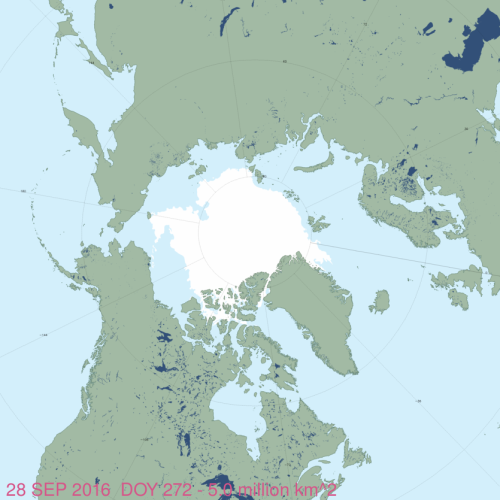 Just over 3 weeks ago, minimal ice coverage looked like this:

And back in late August, coverage looked like this:

Freeze-up is proceeding rapidly, much like it did in 2010 (NSIDC): 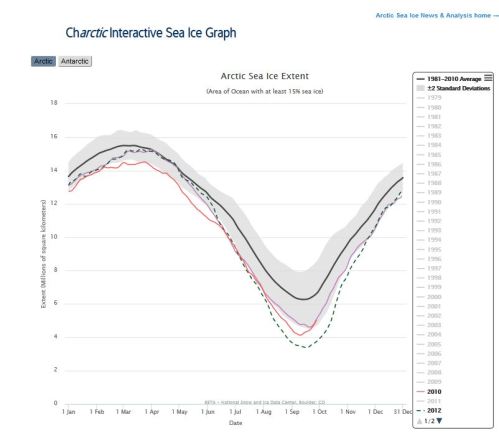 Back in 2010, sea ice coverage had reached 8.5 mkm2 by November 1 and by the end of the next week (the 7th), the ice had reached the coasts of Alaska and Siberia (including Wrangel Island), as well as the Svalbard Archipelago and Northeast Greenland:

By the third week of November (the 21st), sea ice was forming along Hudson Bay:

As I’ve already shown, evidence collected by polar bear biologists shows that what they considered the most vulnerable polar bear subpopulations (Chukchi Sea, Southern Beaufort Sea, Barents Sea, and Southern Hudson Bay) were not harmed by the low ice levels of 2007-2015.

In fact, all but one of those remained stable or improved with a longer ice-free season, which suggests this year will likely be similar, despite the worries expressed by those who should be rejoicing.