It’s long past time for polar bear specialists to stop holding out for a scientifically accurate global estimate that will never be achieved and determine a reasonable and credible ‘best guess’. Since they have so far refused to do this, I have done it for them. My extrapolated estimate of 39,000 (range 26,000-58,000) at 2018 is not only plausible but scientifically defensible. 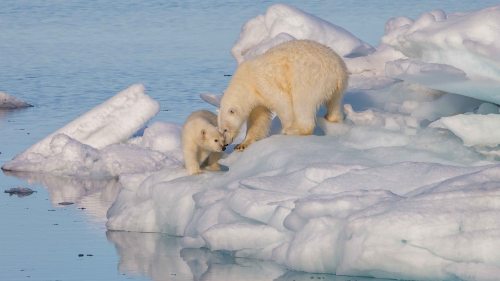 In 2014, the chairman of the IUCN Polar Bear Specialist Group (PBSG) emailed me to say that their global population size number ‘has never been an estimate of total abundance in a scientific sense, but simply a qualified guess given to satisfy public demand.’

In my new book, The Polar Bear Catastrophe That Never Happened, I contend that this situation will probably never change, so it’s time to stop holding out for a scientifically accurate global estimate and generate a reasonable and credible ‘best guess’. Recent surveys from several critical polar bear subpopulations have given us the information necessary to do this.

UPDATE: I have made this a sticky post for a while: new posts will appear below.

These new numbers make it possible to extrapolate from ‘known’ to ‘unknown’ subpopulations within so-called ‘sea ice ecoregions’ (defined in 2007 by polar bear scientists at the US Geological Survey, see Amstrup et al. 2007), as shown below, to update old estimates and generate new ones for never-studied areas. 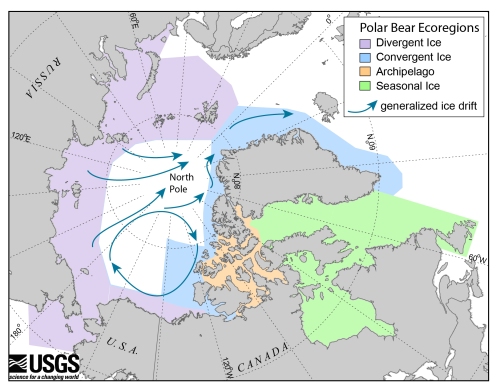 Since the PBSG has so far refused to take this step, I took on the challenge. I contend that an estimate of about 39,000 (range 26,000-58,000) at 2018 is not only plausible but scientifically defensible. See the graph below from my new book:

See my new book (Crockford 2019) for the full rationale and references used to arrive at this figure (my scientific paper is Crockford 2017, citation below).

The bottom line: it is scientifically unacceptable for the PBSG to continue to refuse to provide an extrapolated ‘best guess’ global estimate for polar bears, given that the scientifically accurate estimate they crave is essentially unattainable. An estimate of about 39,000 (range 26,000-58,000) at 2018 is not only plausible but scientifically defensible.