Posted on May 9, 2016 | Comments Off on Tracking polar bears in the Beaufort Sea in April 2016 and early polynya formation 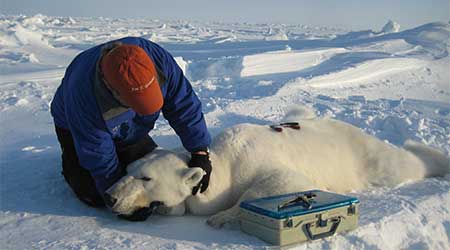 Here’s the update on the polar bears fitted with satellite collars or ear tags in the Beaufort by USGS biologists over the last two years. Five new bears were added last month, which means there are now thirteen bears being tracked. Ice conditions are somewhat different than they have been in the past but concluding that such a situation means trouble is premature, I think (see here). END_OF_DOCUMENT_TOKEN_TO_BE_REPLACED