Brace yourself: more starving polar bear news stories in the pipeline from Svalbard

Posted on August 15, 2018 | Comments Off on Brace yourself: more starving polar bear news stories in the pipeline from Svalbard

A few polar bears have become stranded on small islands north of Svalbard since the local sea ice retreated — of which the bear that mauled a cruise ship guard last month was but one — and if return of the ice is as late as last year, those handful of bears are likely doomed to die of starvation. This is not due to climate change but rather bad judgment on the part of these few bears. They were not forced ashore: if they’d stayed on the ice like the rest of the population, they’d have likely been just fine.

Similar to the bear in northwestern Hudson Bay that fatally mauled a young father in early July, these bears were likely lured ashore by the prospect of masses of bird eggs present on island rookeries. But they overstayed their window of opportunity and the ice retreated without them.

Fledgling birds and bird eggs are not replacements for seals in a bear’s diet but when the season of easy seal kills winds down, as it does in late spring, easy-picking sea bird eggs may be enticing enough to lure a few bears ashore when they’d be better off on the ice.

That is not the fault of climate change.

Unlike bears in Hudson Bay and many other regions — including the Lancaster Sound area of Canada where the National Geographic “starving” bear was filmed last summer — these bears were not forced ashore by retreating ice: they chose to do so.
END_OF_DOCUMENT_TOKEN_TO_BE_REPLACED

Comments Off on Brace yourself: more starving polar bear news stories in the pipeline from Svalbard

Posted on October 13, 2016 | Comments Off on Arctic sea ice grows & Churchill polar bears into their 4th month of fasting

A quiet year for problems in the polar bear capital of the world (Churchill, Manitoba) so far – despite this year tying for the second-lowest minimum since 1979 – and the ice is growing fast. In fact, Arctic ice growth in the second half of September was rapid and there is now more ice than there was at this date in 2007 and 2012 (when polar bears in those regions considered most at risk did not die off in droves).

Pessimistic polar bear specialists are wrong  – polar bears are much more resilient to low sea ice levels in summer than they assume: their own data from low summer ice years proves it.  If you’ll recall from my previous post, polar bears seem to have barely survived the extensive sea ice coverage during the Last Glacial Maximum – in other words, too much ice (even over the short term) is their biggest threat. Polar bear numbers, as confirmed by the latest estimates in the 2015 IUCN Red List assessment, are higher now than they have been since the 1960s, despite almost 10 years of summer sea ice minimums below 5.0 mk2.

Churchill Polar Bear Alert reports and Arctic sea ice comparisons at this date, in detail below.

END_OF_DOCUMENT_TOKEN_TO_BE_REPLACED

Summer refuge for polar bears in Arctic Basin only 0.3 mkm2 below its possible maximum

Posted on September 22, 2015 | Comments Off on Summer refuge for polar bears in Arctic Basin only 0.3 mkm2 below its possible maximum

At the seasonal minimum 2015, the Arctic Basin was still almost full of sea ice, down only 0.3 mkm2 below the maximum it could ever be.

Remember that spending the summer in the Arctic Basin for most polar bears is just like sitting on the western shore of Hudson Bay – they are all waiting for the refreeze. In either location, they might find something to eat, they might not.

Comments Off on Summer refuge for polar bears in Arctic Basin only 0.3 mkm2 below its possible maximum

And the proposed coastal refuge won’t protect the denning areas of the majority of Southern Beaufort Sea polar bears, because most females den out on the sea ice, not on land. 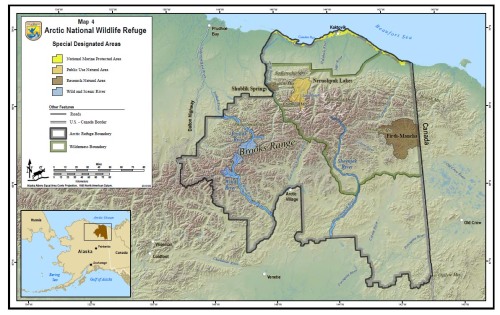 The folks at Polar Bears International (PBI) are crowing with delight at the announcement today that US President Obama has recommended that congress approve plans to implement a proposed an Arctic wildlife refuge area that would include the Arctic coastal plain [see links below, including Obama video].

And in doing so, they mislead the public about how many polar bears use this region of coastal Alaska — as do the US Fish and Wildlife Service on their Refuge website.
END_OF_DOCUMENT_TOKEN_TO_BE_REPLACED