UVic bows to outside pressure and rescinds my adjunct professor status

Posted on October 16, 2019 | Comments Off on UVic bows to outside pressure and rescinds my adjunct professor status

As you may have heard, this summer I lost my status as Adjunct Assistant Professor in the Anthropology Department at the University of Victoria in British Columbia, Canada (UVic), a position I had held for 15 years. This action followed my expulsion from the roster of the university’s volunteer Speakers Bureau in May 2017. However, until April 2017 the university and the Anthropology department proudly promoted my work, including my critical polar bear commentary, which suggests someone with influence (and perhaps political clout) intervened to silence my scientific criticism.

Journalist Donna LaFramboise has exposed this travesty in the National Post (16 October 2019), which you can read here. I have provided more background below and Donna’s blog post is here.

UPDATE 21 October 2019: See my follow-up post for more background and a critical post from Donna Laframboise on the questions UVic refused to answer. The Washington Times published an article yesterday and GWPF has issued a press release condemning the suppression of academic freedom at UVic and the release of a briefing paper called The Defenestration of Dr. Crockford: Silencing Dissent at the University of Victoria.

END_OF_DOCUMENT_TOKEN_TO_BE_REPLACED

Posted on September 22, 2019 | Comments Off on Help fight against JCU attack on scientific enquiry and advancement of knowledge

Great Barrier Reef scientist Peter Ridd is heading back to court. Astoundingly, John Cook University (JCU) has appealed the verdict ruled against them in court last month for firing Ridd and which awarded him $1.2 million in damages, in part for JCU’s appallingly behaviour. Peter is asking for additional funds to mount a defense to take this fight to the highest court in Australia. I have made my donation and on his behalf, I ask readers to support this important issue if they are able.

This sort of attack on professional scholars who legitimately challenge the work of their colleagues – just because the questions pertain to the topic of human-caused climate change – must stop. Such stifling of academic freedom by universities goes against the very essence of scientific inquiry and advancement of knowledge. I’ve had my share of it and it stinks.

Please help if you can: https://www.gofundme.com/f/peter-ridd-legal-action-fund

From Peter Ridd this morning on his academic freedom/free speech lawsuit against with his former employer, John Cook University: END_OF_DOCUMENT_TOKEN_TO_BE_REPLACED

Posted on September 19, 2019 | Comments Off on Six-city European lecture tour kicks off at Oslo conference and ends in Munich with EIKE

In less than four weeks, I’ll be heading off to Europe for a five-city lecture tour that starts with the Climate Realists’ conference in Oslo in mid October and ends with the EIKE conference in Munich in late November. I am really excited to meet my European colleagues and blog supporters, and talk to the public in these cities about polar bear science – the good, the bad, and the ugly.

Details below. Once I have times and venue locations for all of these, I will update this post with that information.

END_OF_DOCUMENT_TOKEN_TO_BE_REPLACED

Posted on August 21, 2019 | Comments Off on Fear promoted by young activists is based on false walrus & polar bear narratives 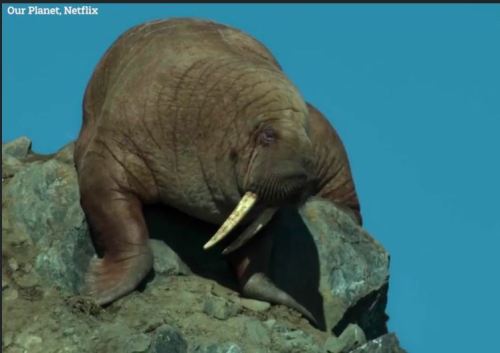 For this group of radical protesters, ‘the truth‘ is a narrative that serves their traffic-disrupting purposes. Since many gullible people – young and old – were horrified by the Netflix claim that hundreds of walruses in the western Arctic had hurled themselves off a cliff because of human-caused climate change, Extinction Rebellion plan to exploit this emotional connection during upcoming protests, apparently believing that what Attenborough told them was a fact. But in accepting docu-drama content without question, they are rejecting the best available science produced in 2017 by biologists who determined that Pacific walrus are not being harmed by the effects of climate change and are not threatened with extinction.

END_OF_DOCUMENT_TOKEN_TO_BE_REPLACED

Today: Talking with Glenn Beck later this morning about the Netflix walrus fiasco

Posted on June 5, 2019 | Comments Off on Today: Talking with Glenn Beck later this morning about the Netflix walrus fiasco

At 11:30 am ET, I will be talking to Glenn Beck on his radio program about the lies and misinformation that Netflix and WWF are spreading via their ‘Our Planet’ documentary sequence on Pacific walrus, aided and abetted by narrator Sir David Attenborough.

See my previous posts on this issue here and here. The video I produced with help from the Global Warming Policy Foundation last month is copied below:

I will post a link to the podcast as soon as I am able.

Comments Off on Today: Talking with Glenn Beck later this morning about the Netflix walrus fiasco

Posted on May 17, 2019 | Comments Off on Video exposé of the groundless Netflix bid to elevate walrus to climate change icon

Last month, Netflix and WWF released a collaborative nature documentary that contained an egregiously: that Pacific walrus are being forced ashore by global warming where they suffer staggering population losses. But this is a story the film producers and WWF concocted for their own purposes, not a statement supported by scientific fact.

Over the last month, pointed questions have been asked about what really happened in Siberia while the film crew was there – and what didn’t. Scientific documents support the conclusion that Pacific walrus are currently thriving, have not been harmed by recent sea ice losses, and are not expected to be harmed in the foreseeable future, see here, here, here, and here.  This new video explains it all.

Netflix, Attenborough and cliff-falling walruses: The making of a false climate icon

END_OF_DOCUMENT_TOKEN_TO_BE_REPLACED 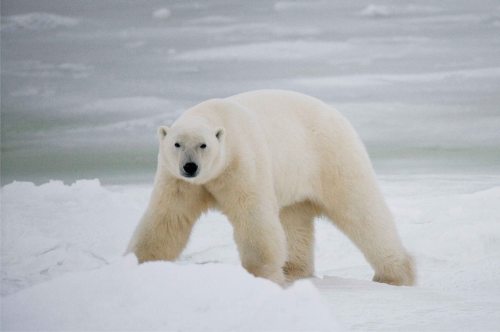