In an astonishing display of under-selling good news, the authors of a new paper announcing that Kane Basin polar bears are doing well have avoided mentioning that the population increased substantially since the 1990s and insist that any benefits will be short-lived. 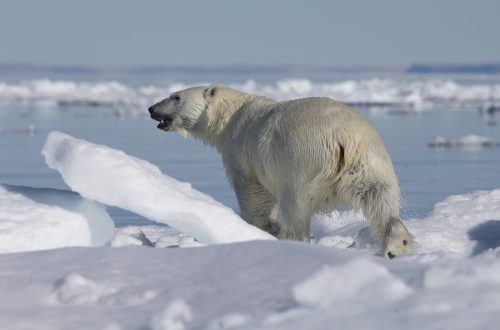 Money quote: “We find that a small number of the world’s polar bears that live in multiyear ice regions are temporarily benefiting from climate change.” Kristen Laidre, lead author of Transient benefits of climate change for a high‐Arctic polar bear (Ursus maritimus) subpopulation

Both the paper and the press release also claim, despite acknowledging that there is no evidence for this conclusion (“the duration of these benefits is unknown“), that this good news will probably not last because computer models say beneficial conditions might not persist beyond the end of the century.

As always, if you’d like to see this paper, use the ‘contact me’ page to request a copy (it’s paywalled).

UPDATE 25 September 2020: News just out from Nunavut this morning, “New Nunavut polar bear surveys point to “currently healthy” populations in M’Clintock Channel and Boothia Bay.” The survey report for M’Clintock Channel (mentioned in the post below) and neighbouring Gulf of Bothia has still not been made public but this announcement suggests that population numbers in these subpopulations have also increased by some amount that will be similarly discounted as unimportant.

The press release says only that Kane Basin (see map below) is home to “roughly 300-350 bears” to further hide the good news. The abstract of the paper, which is what most journalists will read, only hints at the population size increase, while the actual data are buried within the text of the paper:

“Our study provides evidence for range expansion, improved body condition, and stable reproductive performance in the KB polar bear subpopulation. These changes, together with a likely increasing subpopulation abundance, may reflect the shift from thick, multiyear ice to thinner, seasonal ice with higher biological productivity.“

In the press release, first author Kirstin Laidre felt she had to include a warning that this good news from Kane Basin is negligible as well as ephemeral and no one should get too excited:

“It’s important not to jump to conclusions and suggest that the High Arctic, which historically was covered by multiyear sea ice, is going to turn into a haven for polar bears,” said Laidre, who is also an associate professor in the UW School of Aquatic and Fishery Sciences.

“The Arctic Ocean around the North Pole is basically an abyss, with very deep waters that will never be as productive as the shallower waters to the south where most polar bears live. “So we are talking about temporary benefits in a limited area and to a very small number of bears.”

Except, Kane Basin isn’t in the High Arctic around the North Pole where the water is deep. It’s in the Canadian Arctic Archipelago (see below) where the water is shallow and clearly capable of being highly productive when covered with annual (first year) ice that leaves open water for part of the summer – as the Kane Basin polar bear results show. 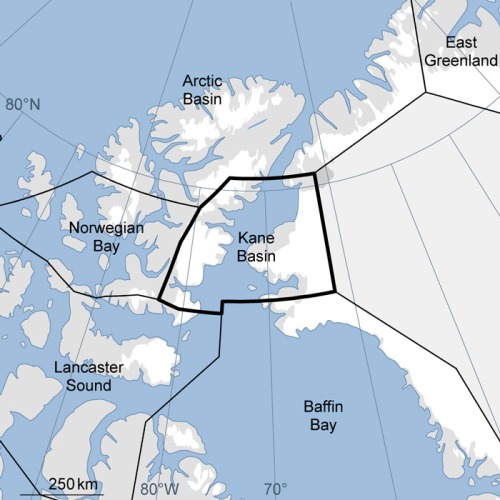 Not only should neighbouring Norwegian Bay polar bears benefit from the same change from multiyear to annual ice (as Laidre acknowledges), so should those in Viscount Melville, parts of the Northern Beaufort, and M’Clintock Channel, which often retains multiyear ice into the summer (as it did this year, see ice chart at end of post). 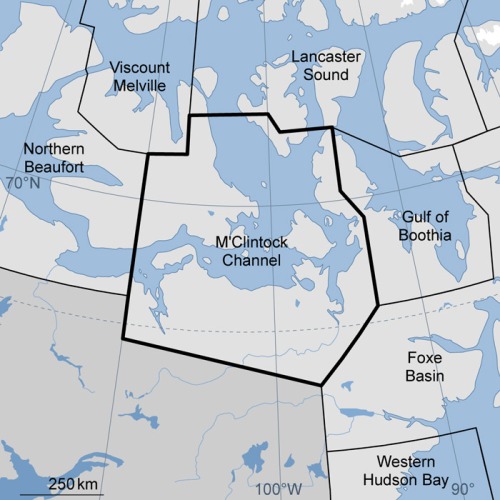 We already know these beneficial changes have already happened, since it was recently revealed that polar bear numbers in M’Clintock Channel have increased, although we don’t know by how much because the survey report (finished in 2016) has not yet been made public. Why not? Not a hint from anyone involved. We are also still waiting on the results of the latest survey of Viscount Melville, which was completed in 2014. I anticipate that both reports contain more very good news that we shouldn’t get excited about, because the models say it might not last. 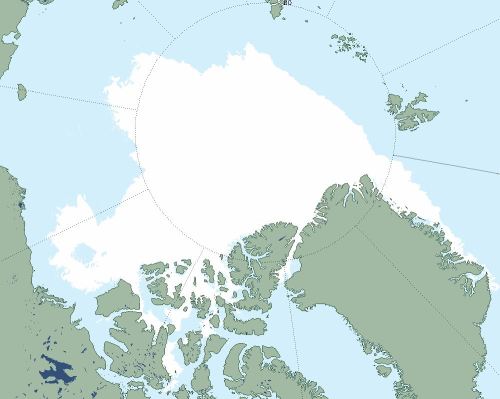